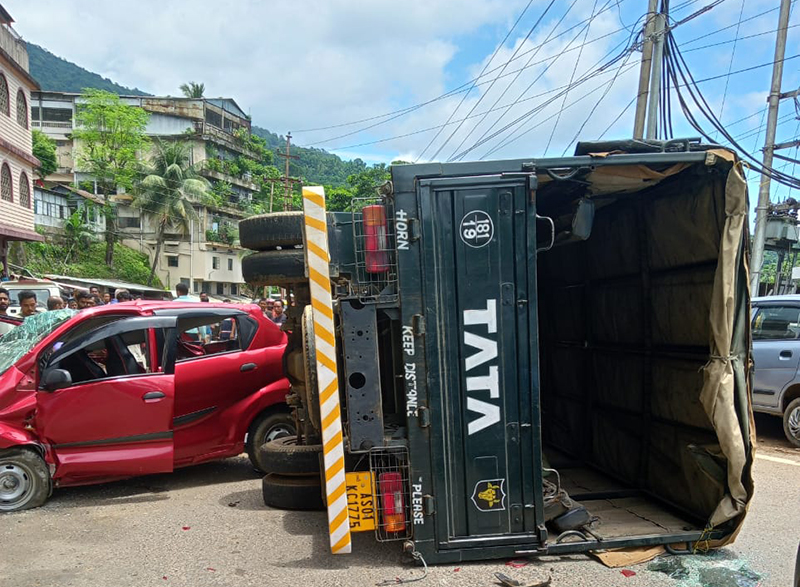 Tura, Meghalaya/IBNS: At least four people including two BSF personnel were injured following an accident that took place in the Tura area of Meghalaya’s West Garo Hills district on Saturday.

Six other vehicles were also damaged in the accident that took place at the Nakham Bazar area of Tura.

Vivekanand Singh Rathore, Superintendent of Police of West Garo Hills district said that a BSF truck met with an accident at Nakham Bazar, Tura and damaged six other four-wheelers.

“Two BSF personnel and two civilians were injured in the incident. The reason for the accident is told to be a break failure. The actual reason will be clear after the MV inspection. An FIR has been received at Tura police station,” he said.