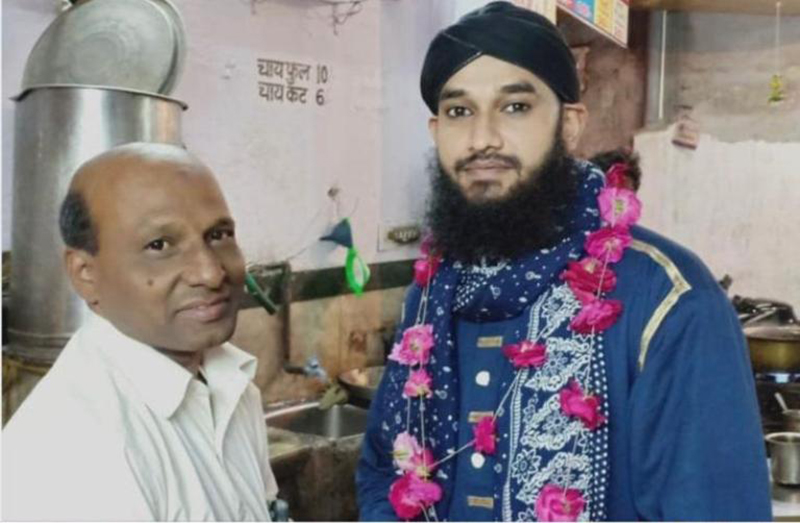 Jaipur/IBNS: The Bharatiya Janata Party (BJP) on Saturday vehemently denied links to one of the killers in the gruesome murder of tailor Kanhaiya Lal in Rajasthan's Udaipur after the Congress attempted to draw the connection through social media posts citing media reports.

"We have no links to either of the accused," Sadiq Khan, the chief of the BJP's minority wing in the state, said at a news conference.

He rather blamed the "inability" of the Congress government in Rajasthan for the murder.

The Congress had, meanwhile, alleged that one of the main accused in the brutal killing of Kanhaiya is a "BJP member" and asked whether the centre had moved quickly to transfer the case to the National Investigation Agency (NIA) to keep it under the carpet.

"The killer of Kanhaiya Lal, Riyaz Attari is a member of the BJP,"  Khera said in a tweet, joining other Congress leaders who posted similar claims.

"I am not surprised that you are peddling #FakeNews. The Udaipur murderers WERN'T members of the BJP. Their attempt to infiltrate was like the LTTE assassin's attempt to enter the Congress to kill Rajiv Gandhi," he tweeted.

India Today’s investigation did not conclude that Riyaz Attari was a member of the BJP. To claim otherwise is baseless and dangerous for India’s national security and fight against terror. https://t.co/8M8AiSlFTg

"It has also come to the fore in the same disclosure that the main accused Riyaz Attari often participated in the programmes of Rajasthan BJP leader and former minister Gulabchand Kataria," he alleged.

Days before Kanahiya Lal was killed, he had informed the local police that he had received threats over a social media post shared from his, apparently supporting former BJP leader Nupur Sharma's remark on Prophet Mohammed.