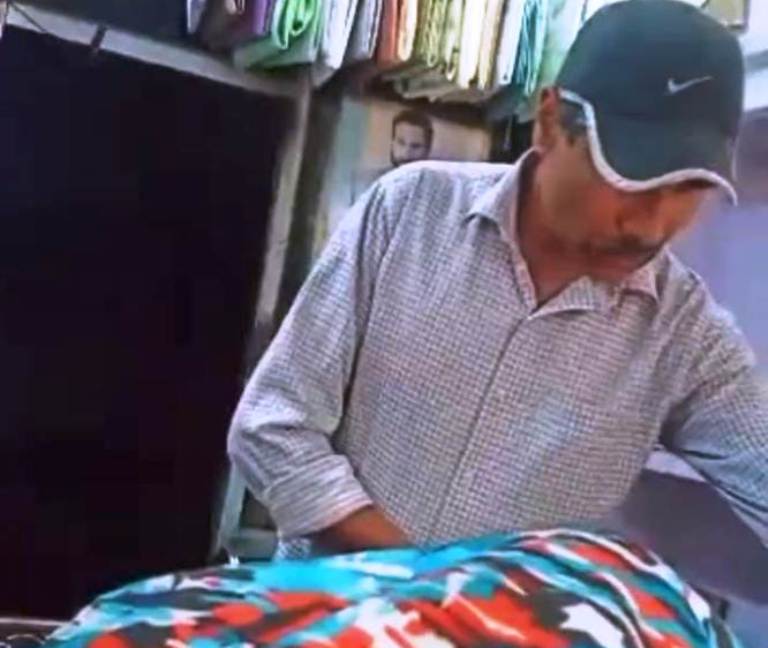 Udaipur murder
Kanhaiya Lal at his shop minutes before his murder

Jaipur/IBNS: Investigators Saturday relieved that two more people were  "on standby" to murder Udaipur tailor Kanhaiya Lal had the two who killed him failed, said reports.

A special court in Jaipur gave custody of all four men to the National Investigation Agency (NIA) till July 12.

Meanwhile, a mob outside Jaipur court attacked the two killers of Udaipur tailor Kanhaiya Lal and ripped their clothes but the police quickly put them into a waiting van.

#NIA court sends four accused in #Udaipur murder to 10-day police custody.
When the accused were being taken back in a police vehicle, a mob -- mostly lawyers -- tried to attack them pic.twitter.com/sb8OpGaRCV

Days before Kanahiya Lal was killed, he had informed the local police that he had received threats over a social media post shared from his account, apparently supporting former BJP leader Nupur Sharma's remark on Prophet Mohammed.