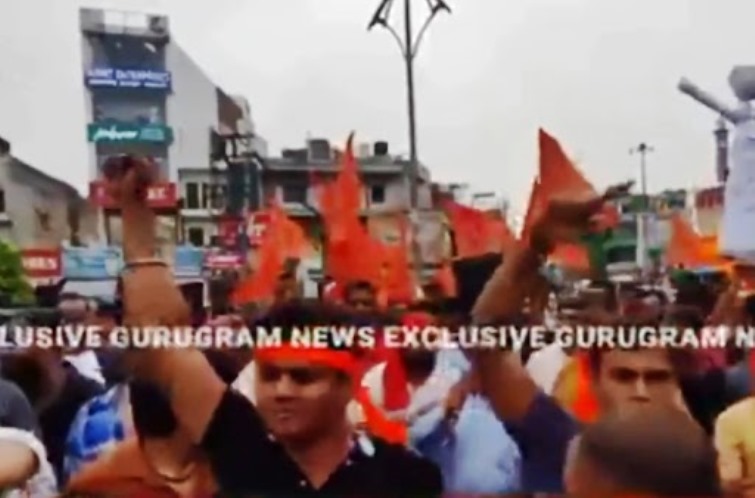 New Delhi/IBNS: The Gurgaon Police lodged an FIR Friday against the organisers of a rally that was carried out in the city two days ago in demand of strict action against the killers of Udaipur tailor Kanhaiya Lal.

The case was lodged against the organisers for promoting enmity between two groups after videos of abusive slogans against Muslims went viral on social media.

The rally was reportedly organised on Wednesday by the Vishwa Hindu Parishad and Bajrang Dal.

More than 50 people participated in the rally for close to an hour. They also burned an effigy of 'Islamic Jihad terrorism' and raised provocative slogans against the Muslim community.

Visuals from the rally show a group of people wearing saffron and red shawls and headgear as they walk on a busy road raising highly provocative slogans against Muslims.

A man can be seen speaking into a microphone, repeatedly raising slogans against the Muslim community. Several women could also be seen in the videos.

Kanhaiya Lal was murdered by two cleaver-wielding men who filmed the grisly killing and later gloated about it in a video.