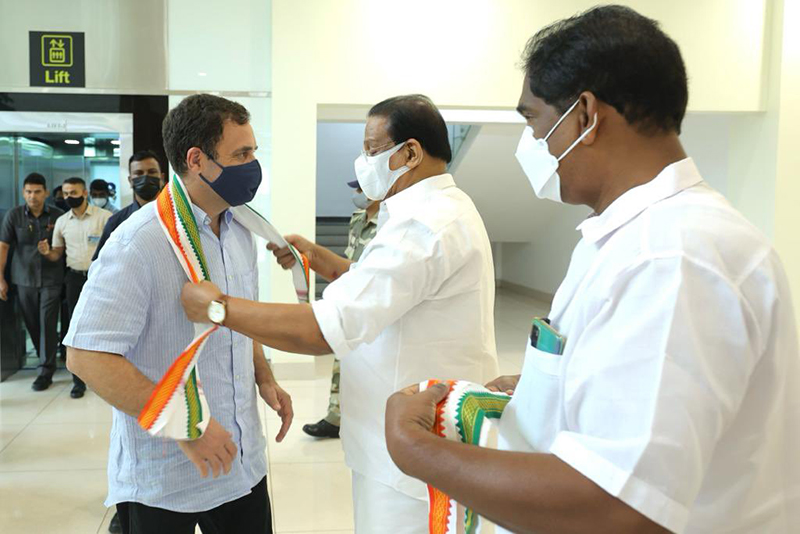 Wayanad/UNI: Congress top leader Rahul Gandhi, whose office here was ransacked by SFI activists on Jun 24, reached Kerala Friday for a three-day visit to his Lok Sabha constituency Wayanad in the state.

The Congress leader was given a rousing reception on his arrival at the Kannur International Airport, sources said.

In view of bomb attack on AKG Centre, the headquarters of CPI(M) in Kerala last night, security has been tightened for political programmes to be attended by Rahul Gandhi.

The Congress leader, along with party MLAs and MPs, will attend a public programme at Batheri Gandhi Square at Kalpetta this evening.

Earlier, the Wayanad MP's office was ransacked by SFI activists.

A connect with the people, that is what our country needs in a leader. pic.twitter.com/DIPzvkMNkn

About 100 SFI activists took part in the protest march which turned violent leading to the ransacking of Rahul's office.

The protest march was against the local MP's silence on the buffer zone issue.