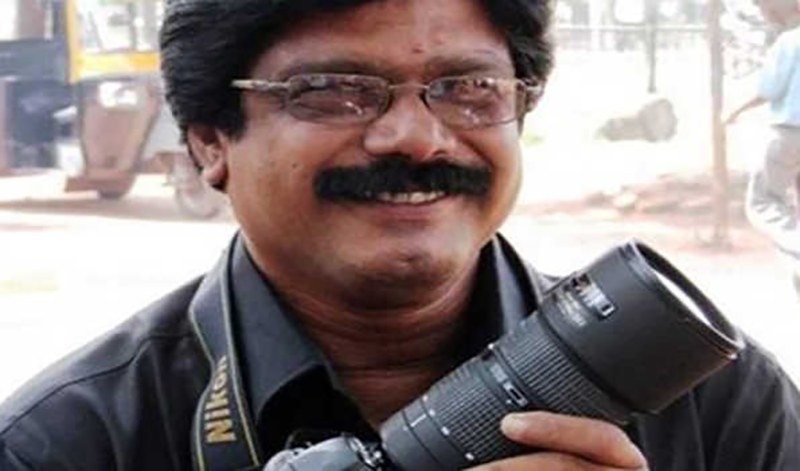 He was 53 and is survived by his wife and daughter.

Panda was on his way to Puri on a motorcycle to cover the Puri Rath Yatra when the accident occurred.

He was immediately rushed to Capital hospital, Bhubaneswar but the doctors declared him dead.

Panda was working as the chief photographer of Odia daily Samay and was contributing to various publications including Times of India, Asian Age, Eenadu, Patriot, Newstime, Sanmarg and various other publications.

He was born on Jan 28 1969, at Baisingha in Mayurbhanja district and did a diploma in photography.

He started his career as a photojournalist with Eastern Press Agency in 1984 and later joined Samay in 1996.

His photographs of 1999 Super cyclone in Odisha brought him fame and name. He had organised several exhibitions of his photographs.

His exhibition “MAHATANDAV’’ on super cyclone, and some other exhibitions like ‘’TheCamera Cries’’ ‘’Sky is the limit ‘’ Five years of Orissa tragedy made him very popular.

He has also won several awards including the Photo Journalist award at the Odisha Media Conclave in 2018.

The media people across the state are shocked to learn about the sad demise of Panda and mourn his death.

Chief Minister Naveen Patnaik expressed his profound grief over the death of Panda. In a tweet, Naveen said he was very sad to learn about the death of the photojournalist panda, prayed for the salvation of his soul and expressed his sympathies to the bereaved family.