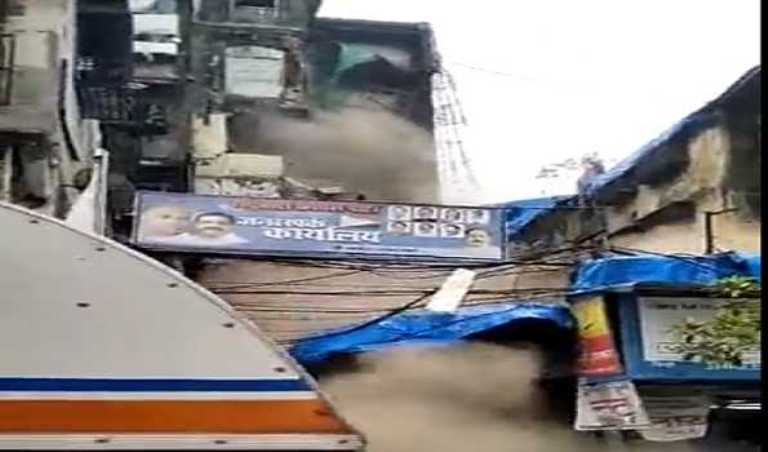 Mumbai/UNI: At least 60 people have been rescued from the rubble after the portion of a ground-plus-four-storey building at Kalbadevi in south Mumbai collapsed on Thursday.

The west side portion of the G+4 MHADA structure in Badam Wadi of Kalbadevi collapsed while repair work was underway, as per a Fire Bridge sources.

After the incident was reported this afternoon at around 1500 hours, six fire engines were sent to the spot.

No casualties have been reported so far in the incident, sources added.