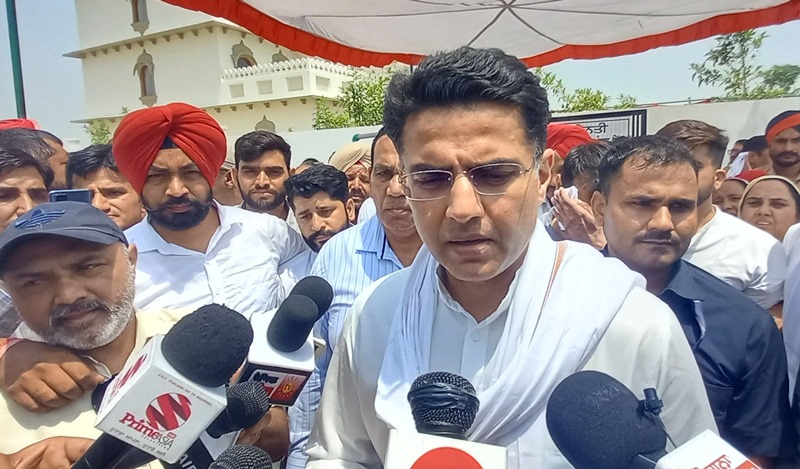 Need to be traced and finished permanently: Sachin Pilot on those responsible for Udaipur killing

Jaipur/IBNS: Rajasthan Congress leader Sachin Pilot Thursday said those who are behind the gruesome killing of a tailor in Udaipur must "be traced and finished permanently", media reports said.

Speaking to ANI on the incident which took place in the Congress-ruled state Rajasthan, Pilot said, "These people crossed all limits of humanity. Such a murder and the manner in which it is been executed shook everyone.

"They have been caught. Through fast track court, they should be given such a punishment, which will be an example for the entire country."

"We will have to reach the core of it, the team has been constituted for the same. Names of Pakistan-based organisations are coming to the fore and other details of the two accused are also coming to light.

"People and organisations responsible for this need to be traced and finished permanently," the former Deputy Chief Minister added.

Investigations into the murder of a Hindu tailor in Rajasthan' Udaipur has found that the two suspected killers in the case had links with  Karachi-based Sunni Islamist organization Dawat-e-Islami.

The two suspected killers were arrested by Rajasthan Police from Rajsamand.

They were identified as Gos Mohammad and Riyaz.

A team of the National Investigation Agency (NIA) has been sent to Rajasthan's Udaipur where the Hindu tailor was on Tuesday beheaded for expressing support for suspended Bharatiya Janata Party (BJP) leader Nupur Sharma. The murder was filmed by his killers and the situation sparked massive tension in the city.