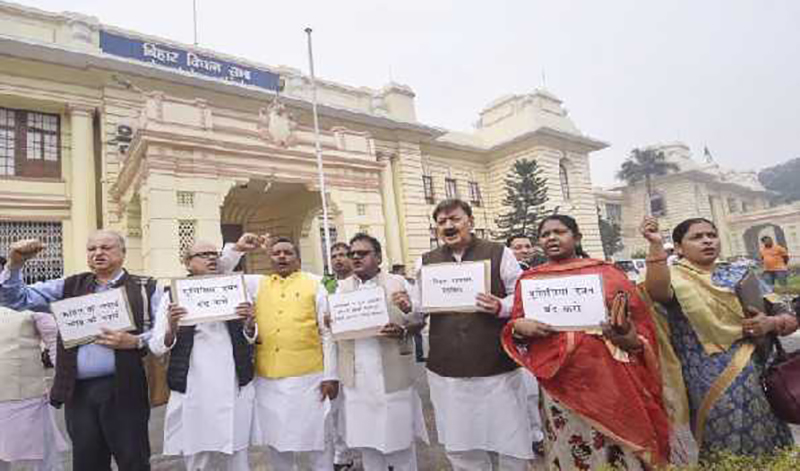 Patna/UNI: The Bihar Assembly was adjourned till 2:00 p.m. following an uproarious scene created by the opposition in support of their demand to rollback Agnipath scheme during the pre-lunch sitting of the lower house which functioned only for 8 minutes on Thursday.

The entire opposition which was boycotting the house for the past two days attended the pre-lunch sitting and started shouting soon after the members assembled for the day at 11:00 a.m.

Carrying placards and posters the opposition trooped to the well and shouted slogans demanding rolling back of the scheme.

The deputy speaker Maheshwar Hazari, who was in the chair, requested the members to resume their seats.

Amid the ruckus, he took up the question of our proceedings but nothing could be heard due to the noise.

The deputy speaker tried to bring the house in order but in vain following which he adjourned the house till 2:00 p.m.