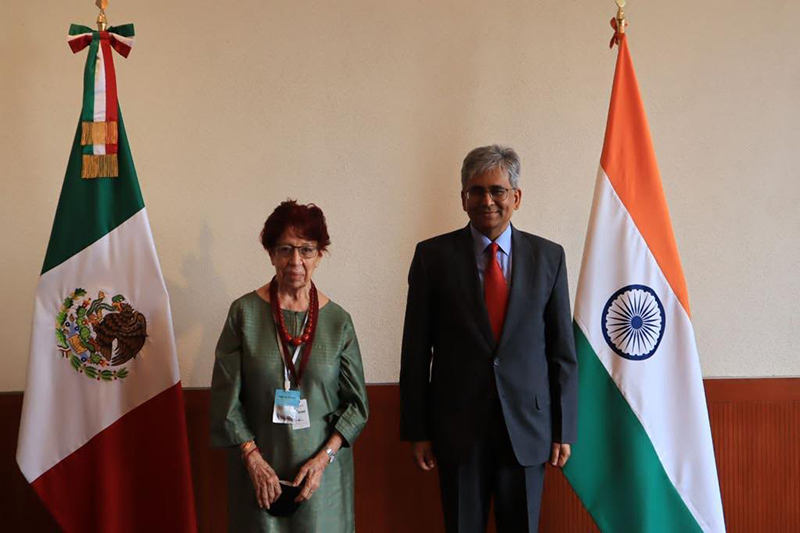 Mexico City/New Delhi/UNI: India and Mexico held the sixth round of Foreign Office Consultations during which they reviewed the entire gamut of bilateral relations and signed an agreement between ISRO and the Mexican Space Agency focused on crop monitoring and drought.

The consultations reviewed the entire gamut of bilateral relations including Political, Trade & Investment, Health and Pharmaceuticals, Science and Technology including Space, Culture and Tourism, Education, Consular, and other areas of mutual interest. Multilateral and regional issues including co-operation at the UN, Pacific Alliance and the upcoming G20 Presidency of India were also discussed.

A Specific Cooperation Agreement on cooperation in outer space focusing on Crop Monitoring, Drought Assessment and Capacity Building between ISRO and Mexican Space Agency (AEM) was also signed during the visit, an official statement said.

The two sides agreed to continue high level political exchanges and regular meetings of the joint institutional mechanisms such as Consular Dialogue, the Bilateral High-Level Group on Trade, Investment and Economic Cooperation (BHLG) and Joint Commission Meeting to keep up the momentum in bilateral relations.

The talks were held in a friendly and warm atmosphere. Both sides agreed to hold the next round of consultations at a mutually convenient date in New Delhi.