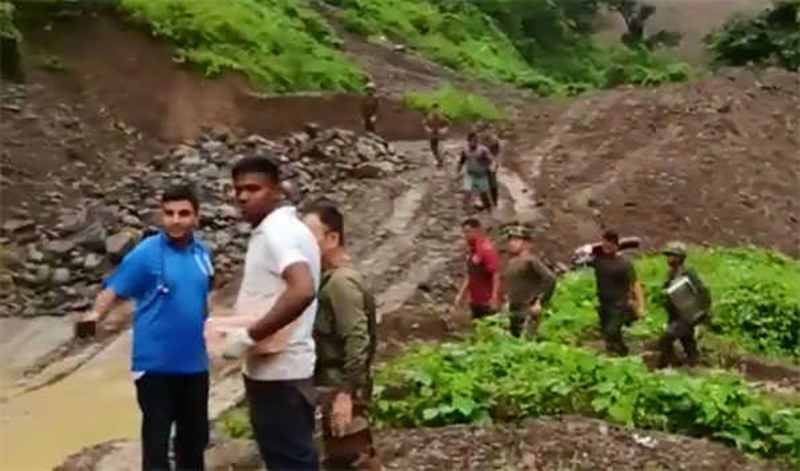 Massive rescue operations were launched Thursday by the Army, Assam Rifles, Manipur Police and people of the area.

Helicopters will be used for rescue operations when the weather is clear, defence officials said.

Two couples and a child were also reported missing.

The landslide also blocked the Ezei river which flows in Noney district about 50 km from Imphal.

Defence officials said personnel of 107 Territorial Army of Indian Army were deployed near Tupul Railway Station in Noney district, for the protection of an under-construction railway line connecting Jiribam to Imphal when the landslide hit the camp.

The available engineer plant equipment on site has also been pressed into the rescue efforts.

Rescue operations were hampered by fresh landslides and bad weather. Helicopters and personnel are preparing to launch operations.