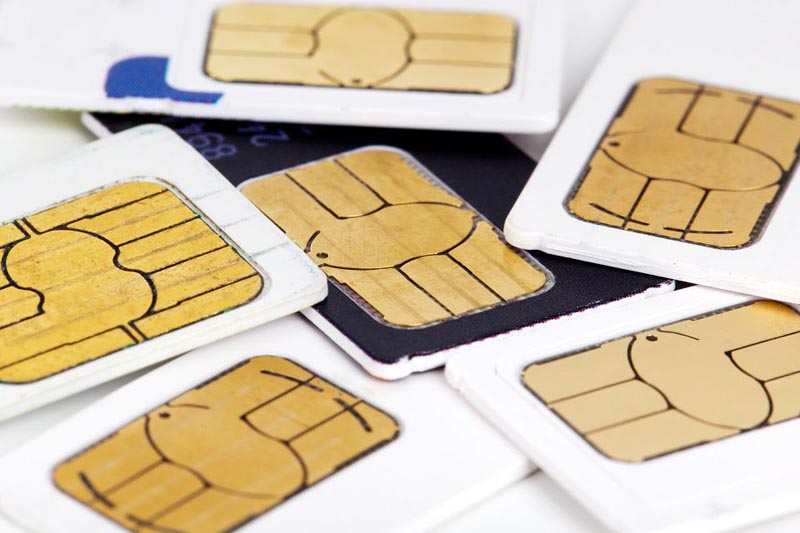 The vendor was booked in a crackdown against misuse of SIM cards and their fraudulent sale in the "ever increasing misuse of SIM cards” by militants, their Over Ground Workers (OGWs) associates, narcotics smugglers and other criminals.

The two premises belonged to Javid Ahmad Bhat of Mohalla Gunwari Gugloosa, Kupwara, who is the proprietor of “Bhat Telecom” who sold these SIM cards in violation of department of Telecom regulations and in a manner that amounts to forgery and cheating, the police spokesman said.

The basic allegation that has triggered the criminal investigation is that the proprietor of“Bhat Telecom” as a part of criminal conspiracy hatched with OGWs, sympathizers of militant organizations, and narcotic smugglers are involved in preparing and selling of SIM cards of various telecom companies by using fraudulent and dishonest methods.

" Prima facie evidence has become available to show that forging of records has taken place wherein photos of a single person has been used to prepare multiple SIM cards with different names and identities. It is being investigated if this is the only method or other ways and means have been adopted for forging required documents for obtaining SIM cards," it said.

Investigation have been initiated to find out who all have used these fraudulently prepared SIM cards and how many of them have been used by militants, their associates, drug smugglers, arms and ammunition smugglers and also those who have been dealing with terror funding especially dumping the proceeds of sale of narcotics in different bank accounts.

During searches conducted today, incriminating materials such as digital devices, SIM cards, SD cards, Compact disks, bank transaction slips and documents having a bearing on the investigation have been recovered and seized.

CID is also coordinating similar investigations by various police stations across J&K pertaining to as many as 14000 SIM cards that have been fraudulently issued by stealing identities and forging records.

"Out of about 28000 SIM card vendors, more than a thousand vendors are under scanner for issuing these fraud SIM cards to fictitious persons," the spokesman said.