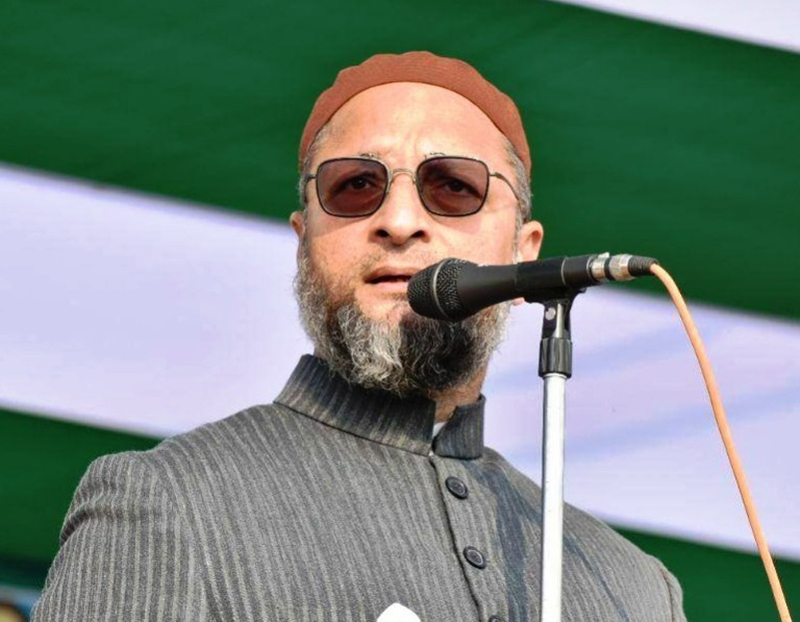 Bhopal/IBNS/UNI: AIMIM President and Hyderabad parliamentarian Asaduddin Owaisi, who is in the Madhya Pradesh capital for campaigning in favour of his party’s candidates contesting the civic bodies’ election, on Tuesday condemned the grisly killing of a tailor in Udaipur and underlined that no human being enjoys the right to take another’s life in India.

“No individual can take the law into his or her own hands. Youths perpetrated the murder in Rajasthan. Such violence is quite simply intolerable. The BJP’s erstwhile spokesperson Nupur Sharma must be placed under arrest,” he averred tonight while addressing a rally at Ashoka Garden here.

Reacting via social media also, Owaisi wrote, “Nobody can defend this type of homicide. We have always opposed bloodshed and demand that the dispensation initiate the most stringent action against the perpetrators. The government shall have to maintain the rule of law.”

Meanwhile, a team of the National Investigation Agency (NIA) has been sent to the spot after the tailor was beheaded for expressing support for suspended Bharatiya Janata Party (BJP) leader Nupur Sharma. The murder was filmed by his killers and the situation sparked massive tension in the city.

The police have already arrested two men- attackers Gos Mohammad and Riyaz- in connection with the case.

Following the incident, a curfew has been imposed in several parts of the city banning large gatherings.

Internet services have also been suspended with around 600 cops being called in to tackle the situation.

"Strict action will be taken against all the criminals involved in this incident and the police will get to the bottom of it. I appeal to all parties to maintain peace," Gehlot said.