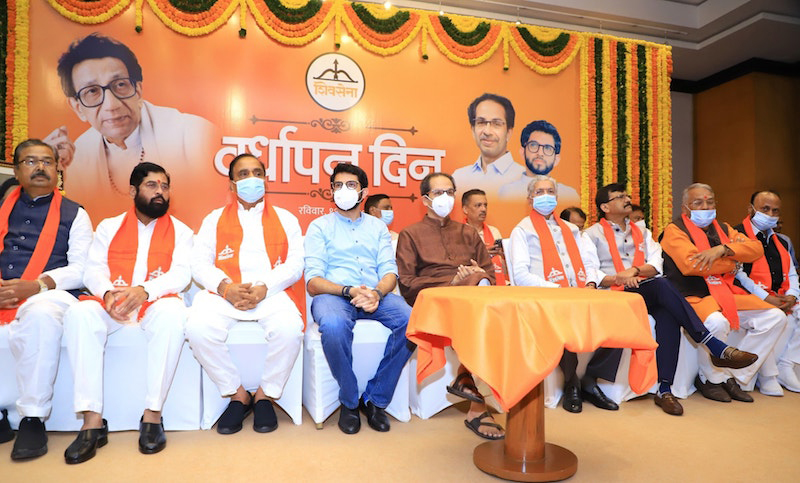 Devendra Fadnavis had headed for the Governor's House straight from the airport.

It was learnt that Fadnavis gave a letter to the Governor, claiming his majority to form the next government in Maharashtra.

Fadnavis just returned from Delhi, where he held meeting with Amit Shah.

Earlier in the day, media reports quoting sources said the Governor may ask Chief Minister Uddhav Thackeray to prove the majority this week.

This comes on a day Shiv Sena rebel leader Eknath Shinde, who created the crisis in Maharashtra politics, headed to Mumbai finally.

His travel plans suggest that he's ready to fuel the next big move against Uddhav Thackeray, a no-confidence vote, which would force the former to prove that his majority in the government.

Thackeray and his team, about 15 of the party's 55 MLAs, have repeatedly said that if he is brought face-to-face with those who have rejected him as their chief, the differences can be sorted.

Earlier it was reported in the media that Thackeray wanted to resign but was stopped twice by a senior alliance leader.

Meanwhile, the Bharatiya Janata Party (BJP) has been given visiting rights to the Guwahati hotel where the Camp Shinde has put up even as the saffron party earlier denied having any role in triggering the political crisis in Maharashtra.

Shinde and his team have said that the Sena has been betrayed by its now three-year-old alliance with the Congress and Sharad Pawar's party in Maharashtra. They demand that Sena should realign with the BJP, its partner for 30 years till 2019.