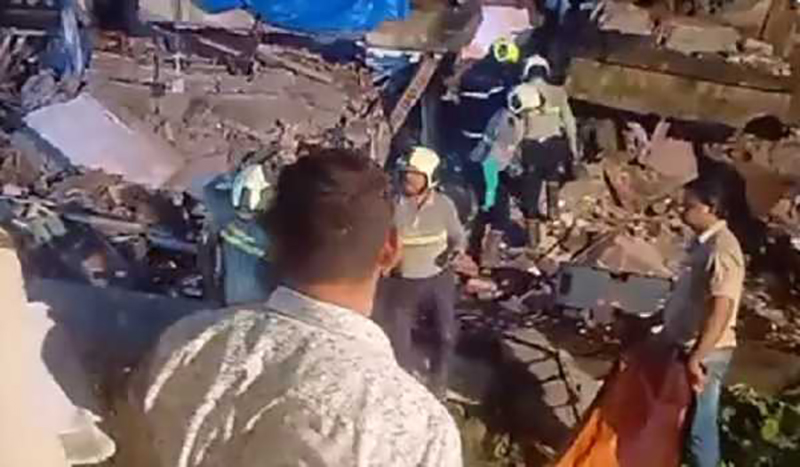 Mumbai/UNI: One person was killed and eleven others were injured after a four-storey building collapsed at Naik Nagar in Mumbai's Kurla here last night, officials informed Tuesday.

A Brihanmumbai Municipal Corporation (BMC) official said, eight people have been rescued so far, adding that more than 20 people are still feared to be trapped under the debris. Rescue operation was going on in full swing, he said.

He said that such property should be vacated on the notice of the BMC.