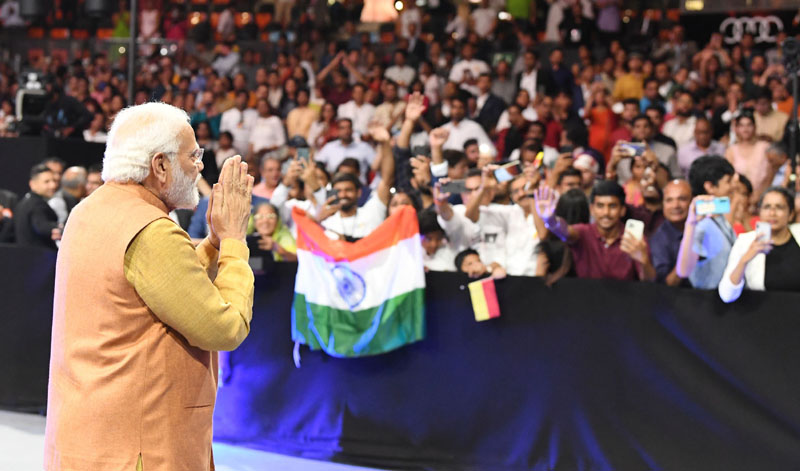 New Delhi: The Indian diaspora in Germany has expressed happiness after PM Narendra Modi addressed the community in Munich on Sunday.

“We are happy that PM Modi has come to Munich and we welcome him. This is a great opportunity to see him live and speak with him,” one of the Indians who live in Munich told ANI.

“It is a sign of unity that PM Modi is here for the G7 Summit and we wish that he does so great things so that he will be a part of the G7 Summit and make all Munich Indians proud,” another member of the Indan community said.

“Whatever the respect we are getting in a foreign country only because of PM Modi,” one person said.

He addressed the Indian diaspora on Sunday.

Prime Minister Narendra Modi, who is in Germany, will be attending the G7 Summit on Monday in Schloss Elmau in the Bavarian Alps.

He will also hold bilateral meetings with the leaders of Germany, South Africa, Indonesia, Canada and the EU President.

At the G7, The PM will be attending two sessions. He will attend the plenary on ‘Investing in a Better Future: Climate, Energy, Health’, and a working session on ‘Stronger Together: Addressing Food Security and Advancing Gender Equality’.

He will have a bilateral with South African President Cyril Ramaphosa, and with the German Chancellor Olaf Scholz, with Indonesia President Joko Widodo, and the Prime Minister of Canada Justin Trudeau, as well as the European Commission President Ursula von der Leyen.