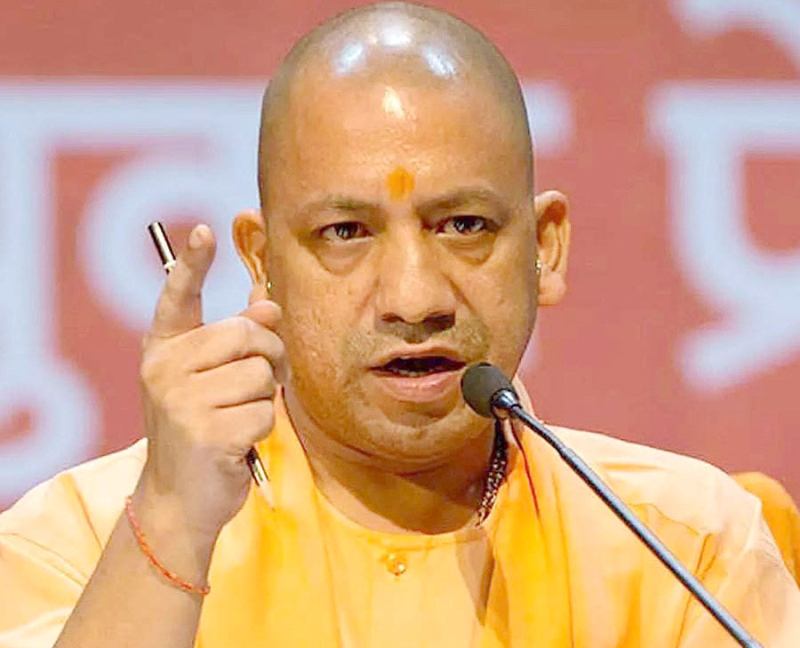 Lucknow/UNI: Uttar Pradesh Chief Minister Yogi Adityanath on Sunday said the results of bypolls on Azamgarh and Rampur Lok Sabha seats have given a far-reaching message that the Bharatiya Janata Party was moving ahead towards winning 80 out of 80 Lok Sabha seats in the state in 2024 general elections.

Addressing a press conference at BJP state headquarters here, Yogi said, "The double-engine government has got double victory in this bypoll. It is the result of hard work of the Prime Minister, the Central and state leadership, along with the blessings of people that BJP has converted the challenging task into victory."

He said people have taken the positive, holistic and development-oriented poor welfare schemes, along with the works done for infrastructure and development without any discrimination and for every section of the society of the double-engine government under the leadership of the Prime Minister, with both hands.

"In Assembly polls, BJP won with two-third seats. The saffron party swept the Legislative Council elections by winning all seats with a thumping majority. Now in bypolls, BJP has registered victory on both Lok Sabha seats. Dinesh Lal Yadav 'Nirahua', who is a popular Bhojpuri artist, emerged victorious from Azamgarh, while Rampur seat was won by Ghanshyam Singh Lodhi," added the Chief Minister.

He said the results of both the seats was a symbol of the Prime Minister and BJP's mantra of 'Sabka Saath, Sabka Vikas and Sabka Vishwas'.

"We took everyone along and ensured development of all. This mandate symbolises that we have earned the confidence of all. It is a stamp of the people on the vision and resolve of the Prime Minister to establish Uttar Pradesh as the best state in the country," said Adityanath.

The Chief Minister said that through this bypoll, public have once again given a message to people full of conceit, having negative mentality, the destructive forces and dynastic politicians that people of UP were not ready to accept dynasts, casteists, instigators of communal frenzy and politicians, who patronise professional mafia and criminal elements.

He said this election was a campaign to take forward a positive thought, inclusive and development-oriented, poor welfare scheme and vision of the PM.

"This victory has presented the message clearly in front of everyone," he said.

Yogi congratulated both Dinesh Lal Yadav 'Nirahua' and Ghanshyam Lodhi. "I salute the party workers, who worked hard tirelessly in scorching heat, to turn this challenge in the favour of BJP," he added.

The bypoll results of three Lok Sabha and seven assembly seats across five states held on June 23 are being announced today.

The three Lok Sabha seats where byelections were held are Rampur and Azamgarh in Uttar Pradesh (UP) and Sangrur in Punjab.

The bypolls to the two Lok Sabha constituencies in UP were necessitated as the Azamgarh seat was vacated following the Akhilesh Yadav's election to the state assembly, and the Rampur seat was similarly vacated by the party's tallest Muslim leader Azam Khan.

In Azamgarh, a triangular contest is underway between BJP's Dinesh Lal Yadav 'Nirahua', a Bhojpuri actor-singer, the SP's Dharmendra Yadav and the BSP's Shah Alam, also known as Guddu Jamali.

According to reports, Dinesh Lal Yadav is ahead with 11,000 votes while SP is trailing.