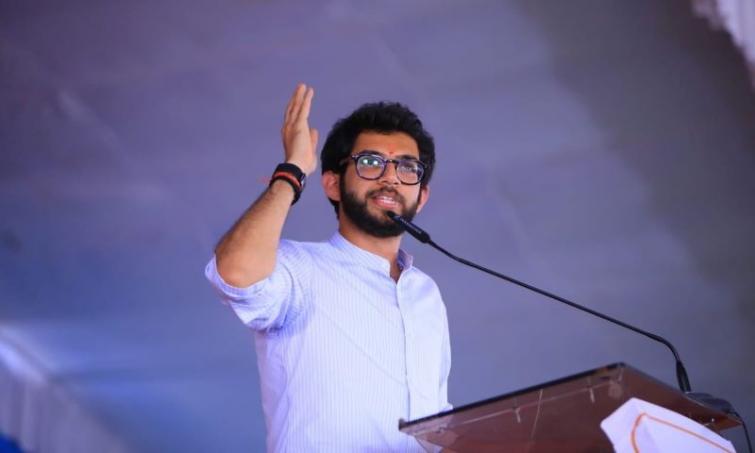 Mumbai: Aaditya Thackeray, the son of Maharashtra Chief Minister Uddhav Thackeray and a minister in the MVA government, said Saturday that the betrayal by the party MLAs would be dealt with appropriately.

In a brief address to party workers, Aaditya Thackeray said the most important outcome of the meeting was that the "betrayal" by the rebel MLAs wouldn't be forgotten and asserted that the Shiv Sena, headed by his father, would win.

He apparently implied that the rebels would fail to dwarf the Shiv Sena led by his father and their attempts to create a faction, which they claim to be the real Sena as envisaged by founder Balasahed Thackeray, would also fall flat.

The MVA governmemt, in which NCP and Congress also share power, is on the brink of collapse following Eknath Shinde-led rebellion.

Shinde has claimed the support of nearly 40 MLAs, all of whom are currently in Guwahati in Assam, according to media reports.

The rebels Saturday made a move towards legitimizing their faction naming it "Shiv Sena Balasaheb Thackeray" in a letter to Election Commission.

Following, this Uddhav Thackeray was authorised in a National Executive meeting to take action against them.