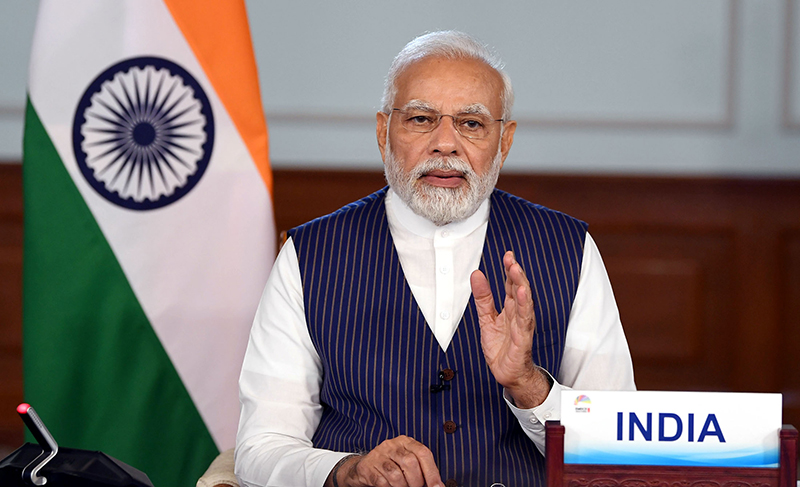 "I will be visiting Schloss Elmau, Germany at the invitation of Chancellor of Germany, H.E. Mr. Olaf Scholz, for the G7 Summit under the German Presidency," the Prime Minister said in a statement on Saturday.

After the productive India-Germany Inter-Governmental Consultations (IGC) last month, the Modi said "it would be a pleasure to meet Chancellor Scholz again."

Germany, under whose presidency the summit would be held, has also invited other democracies such as Argentina, Indonesia, Senegal and South Africa to the G7 Summit.

"During the sessions of the Summit, I will be exchanging views with the G7 counties, G7 partner countries and guest International Organisations on topical issues such as environment, energy, climate, food security, health, counter-terrorism, gender equality and democracy.

"I look forward to meeting leaders of some of the participating G7 and guest countries on the sidelines of the Summit," the PM added.

During his two-day trip, Modi will also meet members of the Indian diaspora from across Europe.

The Group of Seven (G7) is an inter-governmental political forum consisting of Canada, France, Germany, Italy, Japan, the United Kingdom, the United States and the European Union.