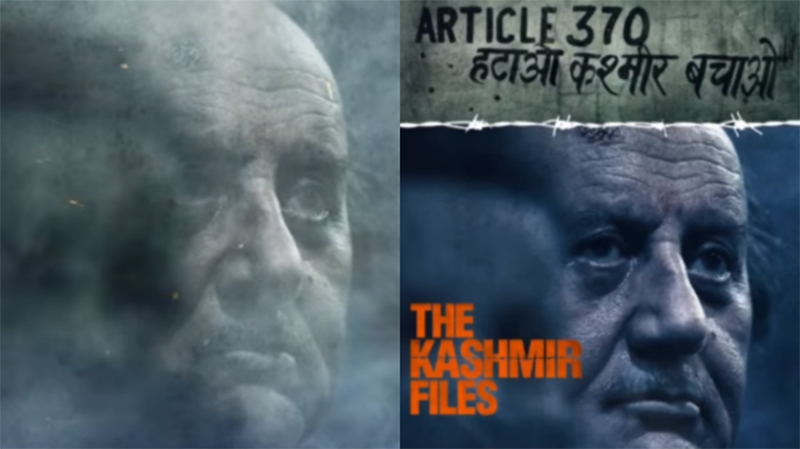 Bengaluru: Filmmaker Vivek Ranjan Agnihotri on Friday conveyed via Twitter an overwhelming commitment he received from UK lawmakers to recognise the "Kashmiri Hindu genocide" during his visit to the British Parliament.

"#WATCH. This is what Members of @UKParliament (MPs) have to say about Hindu Genocide in Kashmir. The impact of a small film with TRUTH. #HumanityTour," he said, attaching a couple of videos in his tweet.

Many ideologically diverse MPs, Lords, Baronesses, Mayors and Councillors are seen talking on the issue and taking the cause of genocide of Kashmiri Hindus further in UK Parliament.

Urging his fellow Parliamentarians to recognise the genocide of Kashmiri Pandits, Labour Party MP Virendra Sharma said the British Parliament is behind the truth and are not following the Kashmir issue correctly. "Hopefully after watching the movie my colleagues from the House of Commons' side will take it further. There will be more debates. There will be more discussions. There will be a more hostile environment and I don't hesitate to give my words on that," he said.

"I urge the community that you need to be more effective, make sure that pParliamentarians who are the decision makers in this country (UK) follow the message given not only by the filmmakers, but also those Kashmiri Pandits who suffered in the past. We got a large Kashmiri population here. we need to take them with us," Sharma said.

"I don't think there is anthing I can add at this stage but certainly my support for the cause, making sure that genocide is recognised, people are protected and supported and make sure that we have a peace in the region. That is the best we can do," he said.

Conservative Party MP Theresa Villiers is seen saying that the debates in UK Parliament on Kashmir too often are very much one-sided and it is very sad that the tragedy of Kashmiri Pandits is overlooked.

"It isn't part of the narrative as it is spoken about in this Parliament. So I think that this film (The Kashmir Files) is a very important step towards deepening the understanding of Parliamentarians into the real complexities of the situation in Kashmir and the grave injustice and tragedy which befell the Kashmiri Pandits," she said.

"And I think for all future debates on Kashmir we must make sure that they are even-handed and recognise this injustice which we have heard this evening in this very moving film that we have seen," Theresa said.

She also commended the filmmakers for ensuring members of Parliament peers and MPs to have a better understanding of Kashmir. "It is important to participate in debates on these issues to make sure that the facts are properly ventilated and we get a fair balanced objective and truthful account of the situation in Kashmir," Theresa said.

Labour Party MP Sam Terry hoped that the actual plight of Kashmiri Pandits will be heard properly for the first time in the hallowed halls of democracy.

Conservative Party MP Jonathan Lord said the story of Kashmir has not been told or understood and urged his fellow Parliamentarians to be courageous and also inquisitive to understand and speak about it.

"I think the courage of our film directors and those who acted in the film knowing that it would put their lives potentially under threat and that life would not be the same again. I think everyone in this room and beyond should show a similar courage to always stand up and tell this story and tell this truth and make sure it is understood as part of that which has had a difficult history of modern Kashmir," he said.

Conservative Party Baroness Sandeep Verma said, "This is such a timely discussion. We need to have these discussions, we need to make sure that the world does not forget that there are parts of this world where injustices have been going on for quite some time and largely there has been a silent debate."

Another Labour Party MP Navendu Mishra said it is very very important that the Kashmiri Pandit community gets representation in the human rights forum too.

Narrating an interaction with late PM AB Vajpayee, Liberal Democrat Lord Navnit Dholakia said the land and other things should belong to the Kashmiris who have been fighting for their rights, liberties and for freedom and one should never forget this.