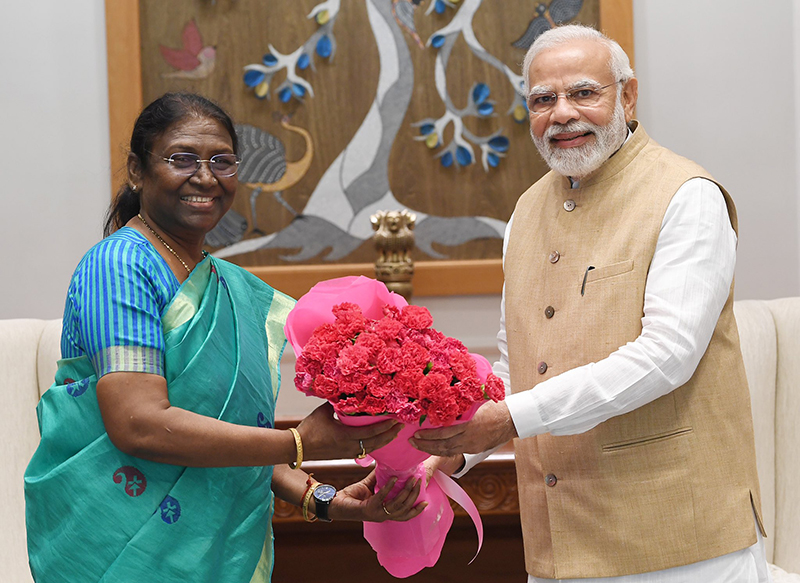 The former Jharkhand Governor will file her nomination in the presence of other senior leaders including Modi, Shah and Singh.

The Prime Minister is expected to be the first proposer. Senior BJP leaders and leaders of some other parties will also be among the proposers.

During the nomination, two senior ministers of the government of Odisha will be present as representatives of the ruling Biju Janata Dal (BJD).

The Jharkhand Mukti Morcha, running a coalition government with Congress in Jharkhand, is also likely to support the candidature of Murmu for the post of President of India.

Murmu has sought cooperation from everyone for the upcoming polls. She will begin her campaign from June 25 to seek support from the political parties to help her get elected as the President.

The BJP has appointed a 14 member team led by Union minister Gajendra Singh Shekhawat to coordinate the electioneering process for the Jul 18 presidential election.