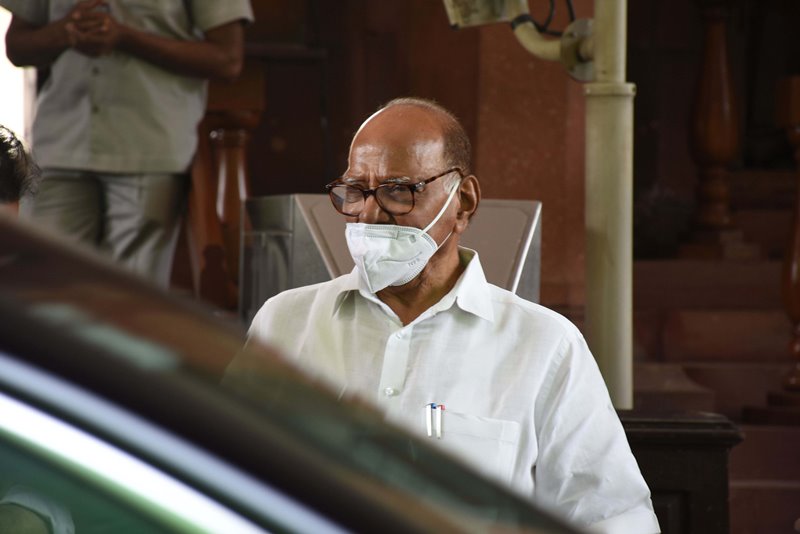 Mumbai/IBNS: The Shiv Sena Friday alleged that its coalition partner Nationalist Congress Party (NCP)'s chief Sharad Pawar has been threatened by a union minister at a time the Bharatiya Janata Party (BJP) is eyeing a return to power in Maharashtra, media reports said.

Sena MP and spokesperson Sanjay Raut, who is one of the few still supporting Chief Minister Uddhav Thackeray, said as quoted by NDTV, "He is the son of Maharashtra. They are threatening him. Modi ji, Amit Shah, have you heard? Your minister is threatening Sharad Pawar - do you support such threats? Maharashtra wants to know."

"A Union Minister threatened that if Sharad Pawar tries to save the Maha Vikas Aghadi, he will not be allowed to go home, he will be stopped on the road. If this is what the BJP is doing then you declare it. Whether the government stays or goes, such language for Sharad Pawar is unacceptable," he had tweeted earlier.

In a revolt against Thackeray, who is running a government with the NCP and Congress, his minister Eknath Shinde flew with his loyalists to other states, the latest is Assam, threatening to overthrow the Maha Vikas Aghadi government.

Shinde in his fresh claim said he has the support of 50 MLAs including 40 from the Sena.