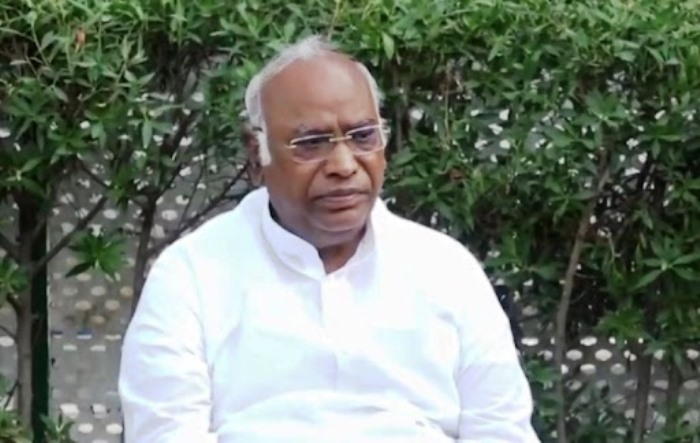 New Delhi/UNI: Rajya Sabha Leader of Opposition Malllikarjun Kharge on Thursday accused the BJP of trying to topple the Maharashtra government, and said the ruling party does not want any non-BJP governments to be there in states.

Kharge also stressed that the Congress, Shiv Sena and NCP alliance was intact.

As rebel Shiv Sena MLA Eknath Shinde claimed the support of 42 MLAs and also released a group photograph of them on Thursday, Kharge blamed the Bharatiya Janata Party (BJP) for destabilizing a stable government.

"BJP is trying hard to topple the Maharashtra government. Shiv Sena MLAs were first taken to Surat, then Guwahati, you know which party is in power in these states... This is a game of the BJP government," Kharge said.

"MVA (Maharashtra Vikas Aghadi) is a strong government, but to destabilize it, BJP is making all attempts. It is not possible to take so many people to Surat and then to Guwahati overnight. It cannot happen in a day or two," he said.

He also said that the BJP was doing it ahead of the presidential polls to stack up numbers in its support.

"Congress, Shiv Sena and NCP will remain together and fight together to strengthen MVA. I can say the central government itself is totally responsible, they are destabilizing a stable government," he said.

Trouble escalated for the Maharashtra Vikas Aghadi government as rebel MLA Shinde lined up 42 MLAs. Shinde had said the MLAs want an alliance with the BJP.

Thackrey had meanwhile said the MLAs should come to Mumbai and share their grievances.