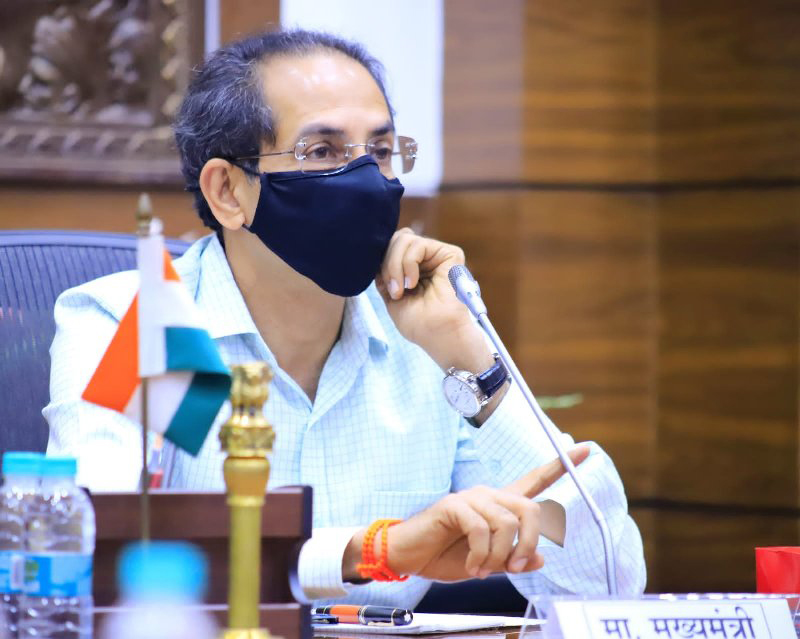 Mumbai/IBNS: Maharashtra Chief Minister Uddhav Thackeray on Wednesday left his official residence amid a rebellion by senior cabinet member Eknath Shinde that has created a deep political crisis in the state, reports said.

The CM moved back to "Matoshree", his family home, from his official residence "Varsha" on Wednesday.

Thackeray has tested positive for Covid-19.

But his shift to the family home, strongly associated with party founder and father Balasaheb Thackeray, was seen as carrying a message.

Videos from the spot showed the car having trouble negotiating through the crowd. Thackeray was seen getting out of the car and greeting the visitors. After exchanging civilities, they walked into the house.

Eknath Shinde, who has triggered the political crisis in Maharashtra, on Wednesday underlined that it is vital to get out of the "unnatural alliance" with Sharad Pawar's NCP and the Congress for the party's survival.

"To save the party and the Shiv Sainiks, it is vital that the unnatural alliance be junked. It is important to make this decision in the interest of Maharashtra," the Shiv Sena leader, who is now camping with other rebels in the BJP-ruled Assam, said.

Shinde is insistent that the Sena restore its alliance with the Bharatiya Janata Party (BJP) and rule the state.

Earlier in the evening, Uddhav Thackeray denied allegations of rebel MLA Eknath Shinde and his supporters that he has moved from the party's founder and his father Balasaheb Thackeray's ideology and challenged his detractors to face him upfront.

"If my own people don't want me as Chief Minister, he should come to me and say so... I'm ready to step down… I am Balasaheb's son, I am not after a position," Thackeray said in an emotional Facebook address this evening.

"Both Kamal Nath and Sharad Pawar called me yesterday and said they have faith in me. If my own people don't want me as Chief Minister, he should walk up to me and say so.. I'm ready to resign," Uddhav Thackeray said in a Facebook address this evening.

His address was a response to Shinde, who along with his followers, submitted a letter to the Governor and Deputy Speaker in the state assembly.

The rebels have said they were extremely unhappy over Uddhav Thackeray's alliance with Congress and NCP, whose ideologies were opposed to that of the party founded by Balasaheb Thackeray.

They also pointed out the corruption committed by NCP leaders Nawab Malik and Anil Deshmukh and other administrative issues.

Eknath Shinde also tweeted, flouting the whip issued by Uddhav Thackeray's nominee Sunil Prabhu that all Sena MLAs must attend the 5 pm meet or they will be considered out of the party.

The rebel MLAs said Bharat Gogavale has been appointed as the Chief Representative of Shiv Sena Legislature which cancels the appointment of Sunil Prabhu as the chief whip.