Recruitment of Agniveers will be priority of MP govt: BJP state president

“The trained Agniveers will be the strength of the nation,” Sharma said, appreciating Indian industrialists' pitch to hire trained soldiers.

“The recruitment of more tech savvy and young soldiers will be the priority of the MP government,” Sharma told UNI.

“I believe, the state government and people of the nation will be more willing to give priority employment to Agniveers and they will be provided with more blogger opportunities to work,” he added.

Under the aegis of ‘Agnipath’ scheme, the defence troops (Agniveers) will be recruited in the regular cadre of the Armed Forces for four years.

Presently, there has been a wide-ranging agitation across the country regarding the new recruitment scheme. The protestors, mostly youngsters, are opposing the scheme, saying that this will increase the unemployment rate in the country and also uncertainty in their careers. 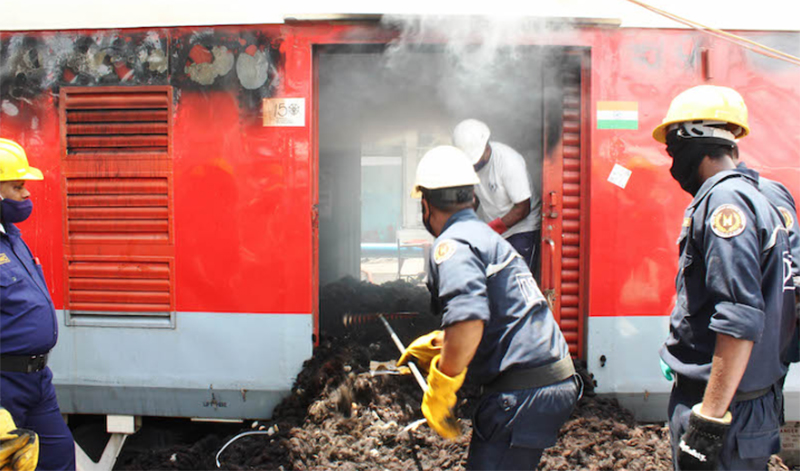 When asked about the protests about the scheme, Sharma said: With the opposition, there are some alleged ‘anti-national’ elements who always try to counter anything good happening for the country.

“In MP, the party was in constant communication with the young population and army coaching centers to explain the benefits of the scheme… we saw some protests in Indore and Gwalior region but the law & order was largely controlled in the state,” Sharma replied to question about law & order situation in the state.

On Monday, Indian businessman Anand Mahindra said that Mahindra Group will recruit the "capable young people" trained under this scheme.

"Saddened by the violence around the Agneepath program. When the scheme was mooted last year I stated - and I repeat - the discipline and skills Agniveers gain will make them eminently employable. The Mahindra Group welcomes the opportunity to recruit such trained, capable young people," Anand Mahindra tweeted.

“The RPG group too welcomes the opportunity to employ the Agniveers. I do hope other corporates will also join us to take this pledge and assure our youths of a future,” Goenka tweeted.

The Union cabinet on June 14 approved the new recruitment scheme for Indian youth in the armed forces.