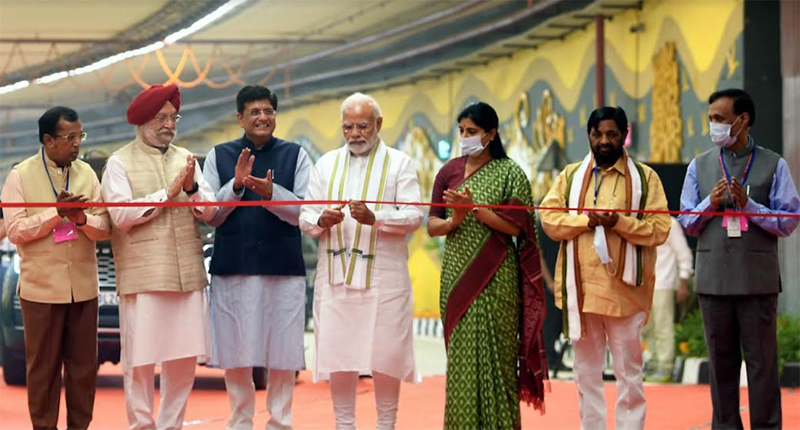 Modi arrived at the Bengaluru Yelahanka Indian Air Force Base for his two-day visit to Karnataka. He was received by Governor Thawarchand Gehlot, Chief Minister Basavaraj Bommai, ex-CM BS Yediyurappa and State BJP President Nalin Kumar Kateel among others.

Modi is scheduled to participate in 10 programmes organised in Bengaluru and Mysuru cities, including the International Yoga Day on June 21.

Taking no chances, the government has deployed heavy security to ensure law and order during the Prime Minister’s programmes, especially at Kommaghatta where PM Modi is addressing a massive rally.

According to the intelligence department, the protesters in the garb of BJP workers may slip into the rally and stage a protest condemning the Agnipath scheme.

Shops, schools and colleges have been asked to close down in the vicinity of PM Modi's events.