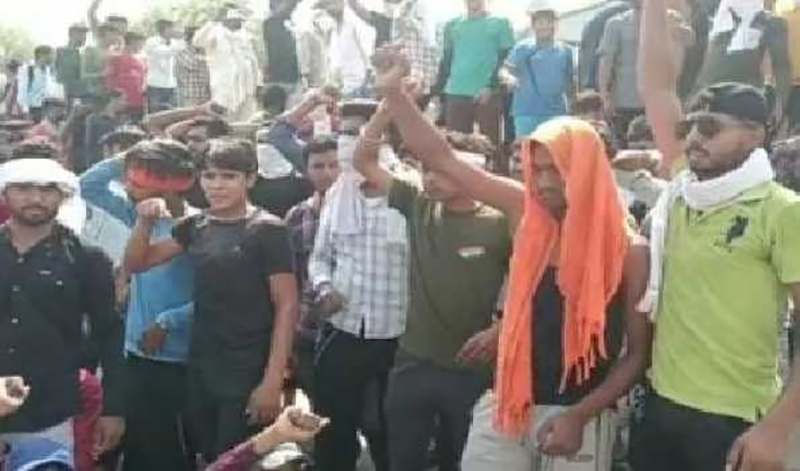 Official sources said on the second day of protest in the Uttar Pradesh district a large number of youths took to streets and vandalised vehicles, including two state roadways bus and a police vehicle during agitation along the Jaunpur-Prayagraj highway at Shivgulam Ganj trisection in Lala Bazar area.

Protestors set a bus and a jeep on fire around 9.30 am as the violent protests against the Tuesday announced central scheme enter its third day across the country.

They also torched some bikes in Lala Bazar. Senior officers are at the spot trying to control the situation.

In the Badlapur area, protesters indulged in heavy stone pelting. They attempted blocking the road at India Chowk around 7 am.

Around 8.30 am, the protestors stopped a bus and blocked the road when the police attempted to pacify the agitating youth they started pelting stones. Some policemen, including Inspector of Maharajganj police station Santosh Shukla, were injured in the stone pelting, sources said.

The mob then headed towards Shri Krishna Nagar railway station, they said. On the apprehension of the protestors blocking railway track, forces from several police stations, including Badlapur, Maharajganj and Singramau were rushed to the spot.