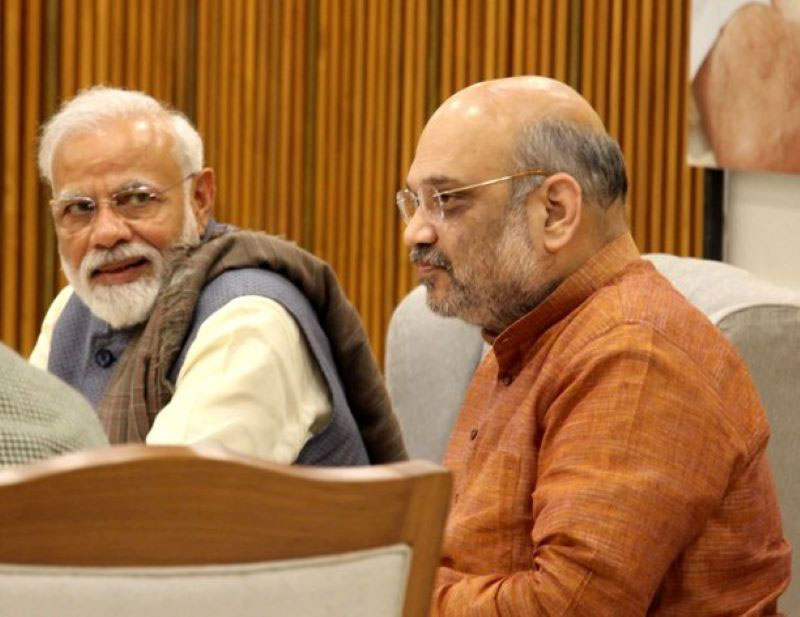 New Delhi/UNI: Union Home Minister Amit Shah Friday welcomed the decision of increasing the age limit for the Agnipath scheme from 21 to 23 years, and called it a "sensitive decision" taken by Prime Minister Narendra Modi.

Taking to Twitter Amit Shah said that "In the last two years, the recruitment process in the army was affected due to the corona epidemic, so the Prime Minister Shri @narendramodi ji, in the 'Agnipath Yojana', caring for those youth, by giving two years concession in the age limit in the first year to make them 21 years to 23 years is a sensitive decision".

The Home Minister reaction came after the government on Thursday night announced the increasing the upper age limit for candidates to 23 from 21 as a one time waiver.

The decision was taken after the government was facing backlash with protests taking place in several parts of the country against the scheme.

Thousands of youth hit the streets demanding the rollback of the scheme and alleged that the government is promoting 'contractualisation' of jobs in the Army.

The Central government on Tuesday unveiled the “Agnipath” scheme which is a pan India merit-based recruitment scheme for enrolling soldiers, airmen and sailors.

It is a transformative initiative that will provide a youthful profile to the armed forces.

Under this scheme, young persons will be provided an opportunity to serve in the armed forces as “Agniveer”.

It provides an opportunity for youth to serve in the regular cadre of the armed forces for a period of 4 years including a training period. Agniveers shall be recruited between the ages of 17.5 to 21 years.

Candidates who are 10th or 12th pass can apply for the recruitment process.