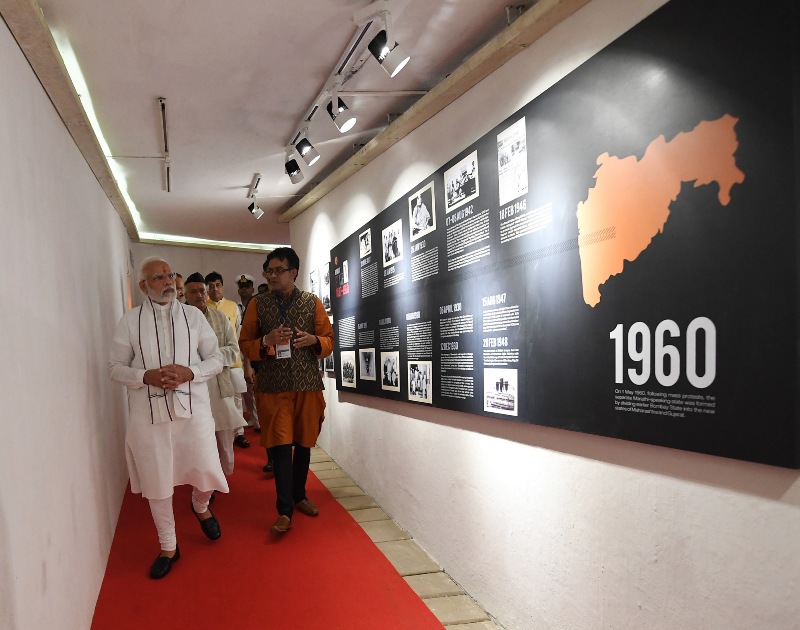 Maharashtra Governor Bhagat Singh Koshyari and Chief Minister Uddhav Thackrey were among those present on the occasion.

At the outset, the Prime Minister greeted the people on Vat Purnima and Kabir Jayanti celebrated on Tuesday.

Addressing the gathering, the Prime Minister said Maharashtra has inspired the country in many fields.

He added that there is a very rich legacy of social reformers from Jagatguru Shri Sant Tukaram Maharaj to Babasaheb Ambedkar. 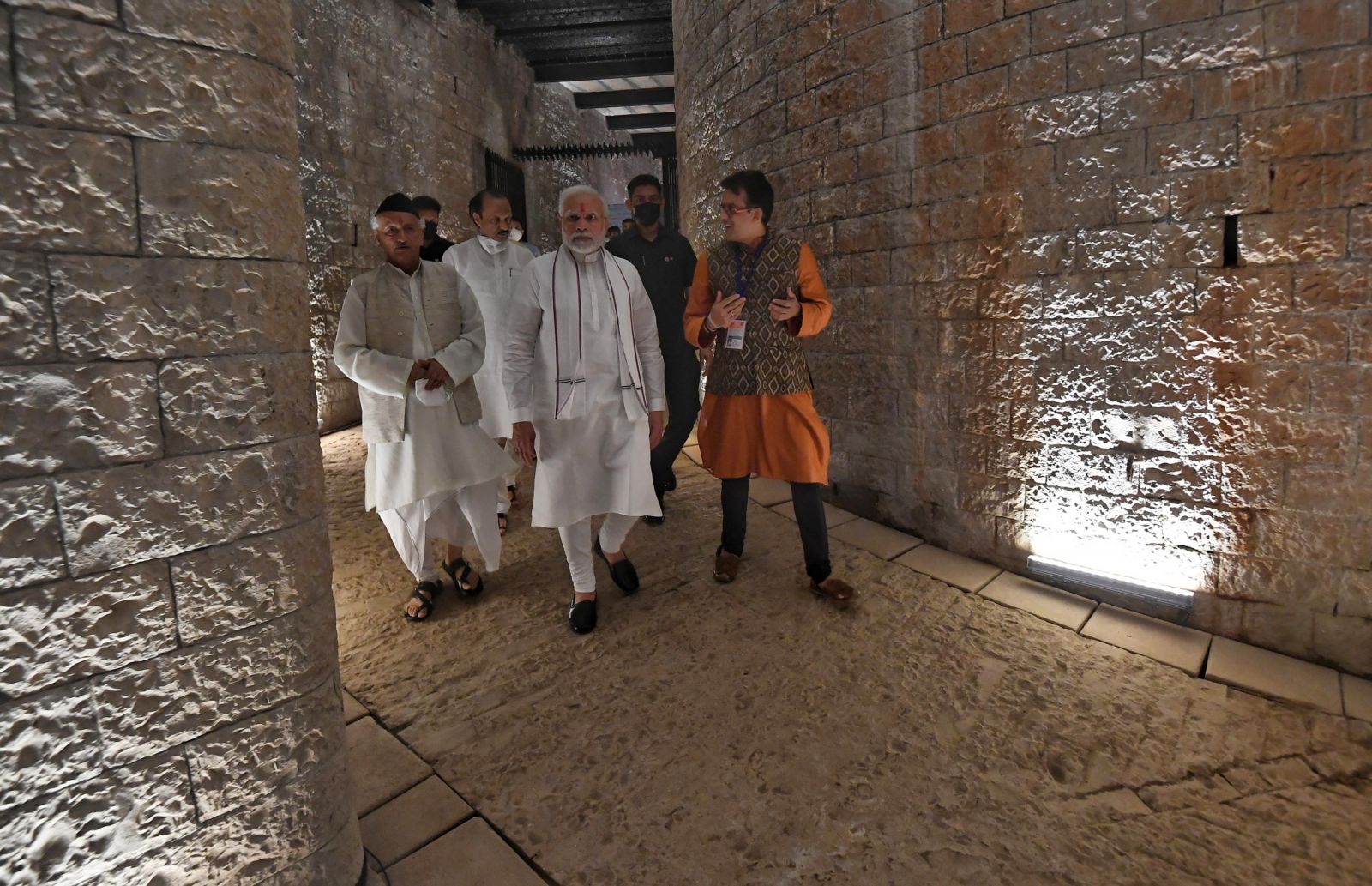 "If we talk of Swarajya, the lives of Chhatrapati Shivaji Maharaj and Chhatrapati Sambhaji Maharaj strengthen the sense of patriotism in every Indian even today," he said.

The Prime Minister said,  "Knowingly or unknowingly, we limit India’s independence to a few incidents. Whereas, India's independence involved the ‘Tapasya’ of countless people and the collective impact of many incidents at the local level was national. The means were different but the resolution was the same."

He noted that irrespective of social, family, or ideological roles, the place of the movement, whether within the country or abroad, the goal was one - complete independence of India.

“This spirit of from local to global is the basis of our Aatmnirbhar Bharat Abhiyan," he said. 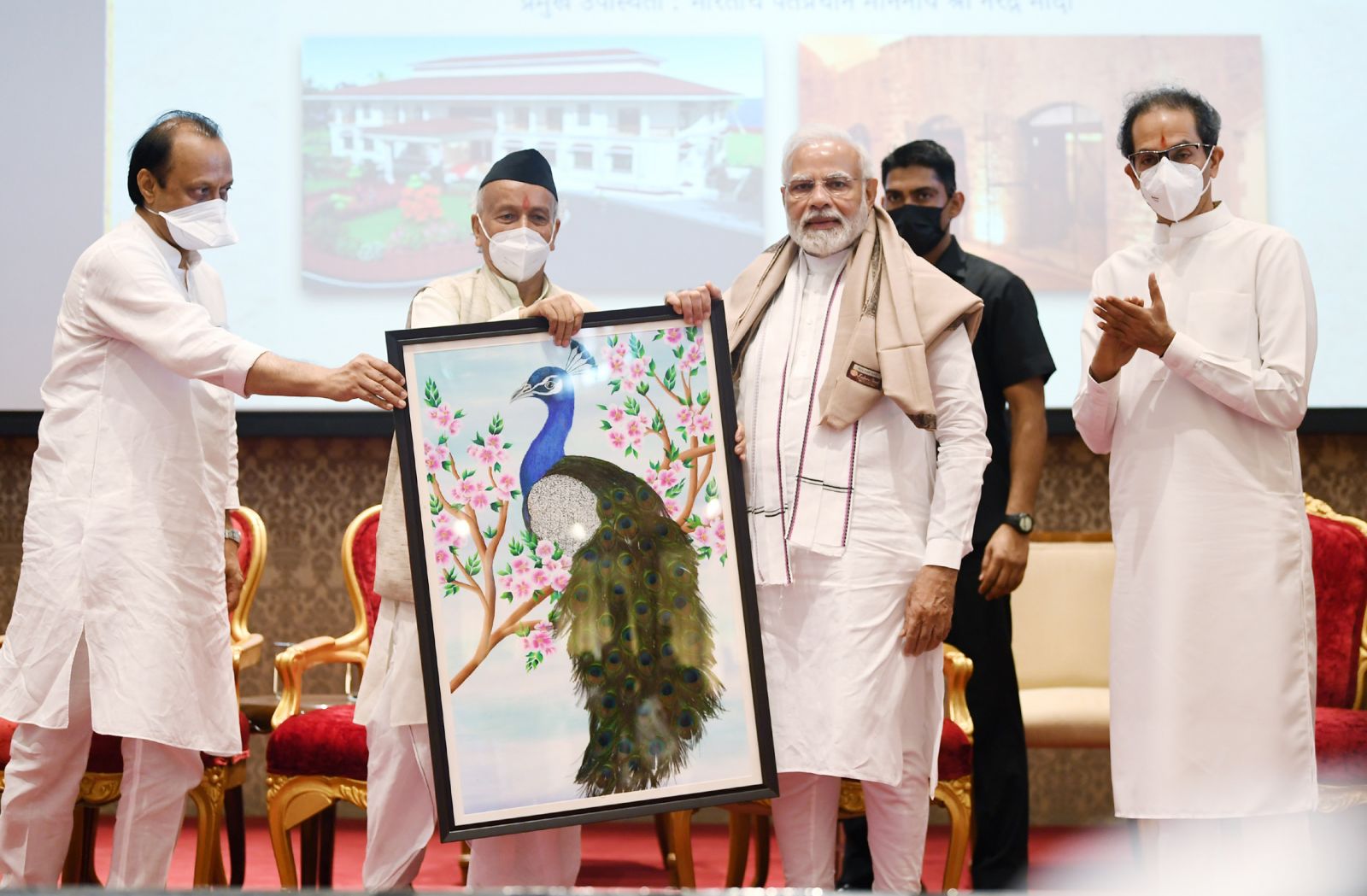 He remarked that Mumbai is the city of dreams, however, there are many such cities in Maharashtra, which are going to be the growth centres of the country in the 21st century.

"With this thinking, on one hand, the infrastructure of Mumbai is being modernized and at the same time, modern facilities are being increased in other cities as well," he pointed out.

The Prime Minister asked everyone to ensure that whatever role they might have, they should aim to strengthen national pledges and reiterated his exhortation of Sabka Prayas in national development.

Jal Bhushan has been the official residence of the Governor of Maharashtra since 1885. Upon completing its lifespan, it was demolished and a new building was sanctioned in its place. The Foundation stone for the new building was laid by the Hon’ble President of India in August 2019.

All distinctive features of the old building have been preserved in the newly constructed building.

The Gallery has been developed in the bunker as a one of its kind museums, to commemorate the contributions of freedom fighters and revolutionaries of Maharashtra.

It offers tributes to the contributions of Vasudev Balwant Phadke, the Chaphekar brothers, the Savarkar brothers, Madam Bhikaji Cama, V B Gogate, Naval Mutiny in 1946, among others.