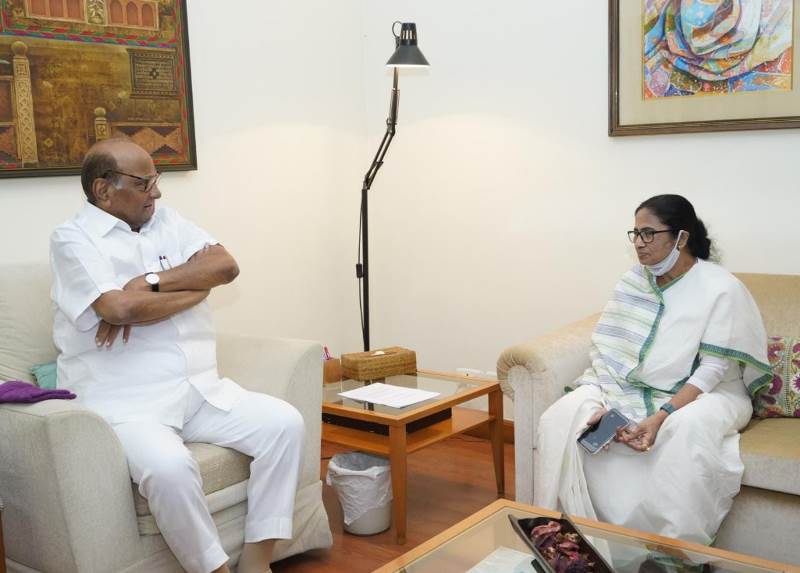 Pawar is speculated to be the Opposition's consensus candidate for the poll though the veteran politician has refused to contest, reports say.

Two stalwart leaders set the stage for the meeting of all progressive opposition forces; set to happen tomorrow at the Constitution Club, New Delhi.

Two Left parties CPI-M and CPI, which are rivals of Banerjee's Trinamool Congress (TMC) in West Bengal, will not send their top leaders but will participate in the meeting through their MPs.

Banerjee, who has been eyeing a national role for quite some time, called the meeting to discuss the Opposition's strategy for the Presidential elections, of course with an eye on the 2024 General Elections, at Delhi's Constitution Club.

The BJP is already havoc upon the Opposition in terms of numbers in the Presidential election, which is scheduled to be held Jul 18.

With two fence-sitters, Biju Janata Dal (BJD) and YSRCP who are likely to back the BJP's candidate, the ruling party is all set for a smooth sail.