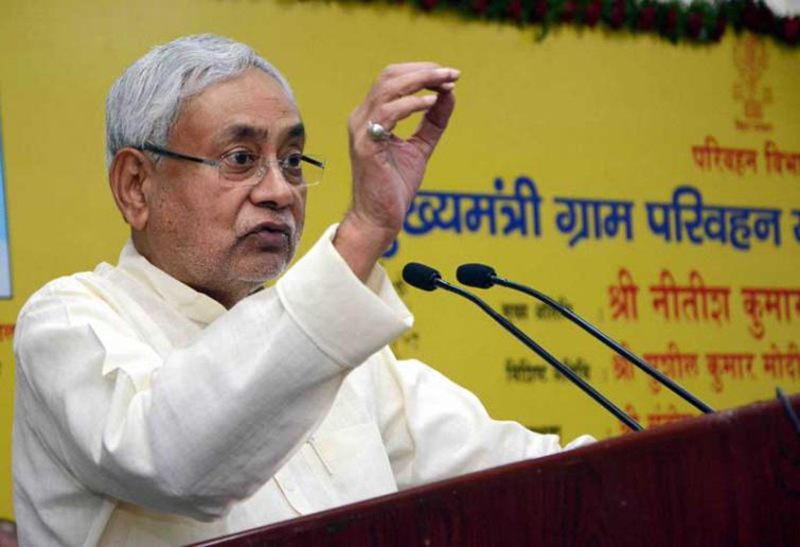 No meaning of protest after action over controversial Prophet remark: Nitish Kumar

Patna/UNI: Bihar Chief Minister Nitish Kumar on Monday said that there was no meaning of any protest after an action was taken against the two leaders by the Bharatiya Janata Party (BJP) for a controversial remark allegedly hurting sentiments of a particular community during a debate on a news channel recently.

Even FIR was lodged against the leader concerned for the remark, he added.

"I think there is no need for protest as action has already been taken in this connection. Protest is not natural," the Chief Minister said while responding to a query of media persons on widespread agitation in several states on the issue across the country.

So far as the question of Bihar is concerned, the situation is normal and peaceful, he stressed.

Kumar said that he was holding a review meeting on a different issue with senior officials but when learnt about reports of protest in some parts of Bihar, he called the officials and issued instructions.

"No incident of disturbance in communal harmony was reported from any part of the state," he pointed out.

"It was true that some elements had always been trying to disturb the peace and order but the strict vigil was being maintained to foil their sinister design," he stated.

Chief Minister while responding to a query about an attack on Bihar Road Construction Minister Nitin Naveen in Ranchi during the protest on Friday last, said that officials of the Bihar government were in touch with their counterparts of Jharkhand on the issue.

The Jharkhand government had been requested to take stern action as per law of the land, he added. It was not good to misbehave with any person, he felt.

Kumar said his government had been taking quick action on any complaint of lawlessness.