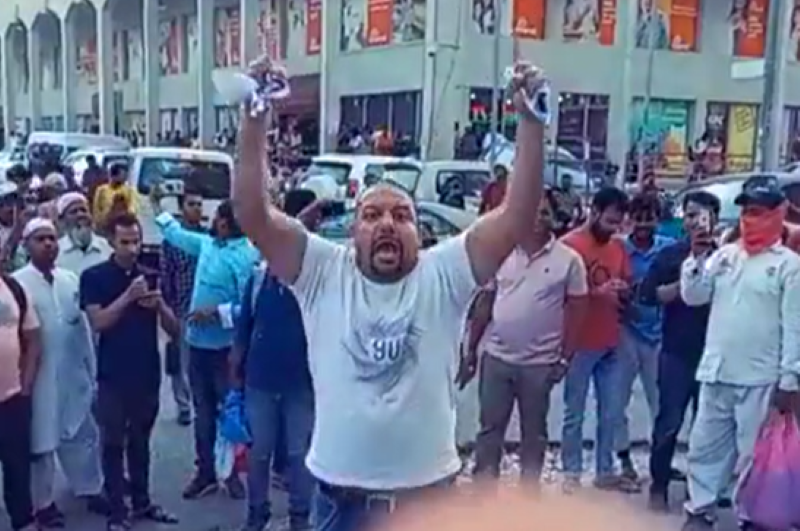 Kuwait/IBNS: In a strong action, the Kuwait city has decided to arrest and deport all Asian Muslim expats including the Indians, who had protested against now suspended Bharatiya Janata Party (BJP) spokesperson Nupur Sharma's controversial remark on Prophet Muhammed.

Reportedly, the expat Muslims had gathered at the Fahaheel area in the Kuwait city on Jun 10 and held a demonstration against Sharma's remark.

A large force of police had arrived at the protest site and took them away in trucks.

The Kuwait government has taken the decision to arrest and deport the Muslim expats as its law bars any foreigners from holding protests.

The visas of the alleged law violators will be cancelled and sent to the deportation centre from where the expats will be deported.

A probe to find out who had organised the protest has also been launched.

Back home, recurrent protests have rocked multiple cities including West Bengal and Uttar Pradesh, which have a sizeable Muslim population.

Following backlash from the Gulf countries, the BJP swung into action and suspended Sharma and her colleague Naveen Jindal who too had made a controversial comment on Prophet Muhammed.

Till Saturday, over 200 people in Uttar Pradesh and around 70 in West Bengal have been arrested in connection with the riots that have left the common people suffering due to the imposition of Section 144 and suspension on internet services.