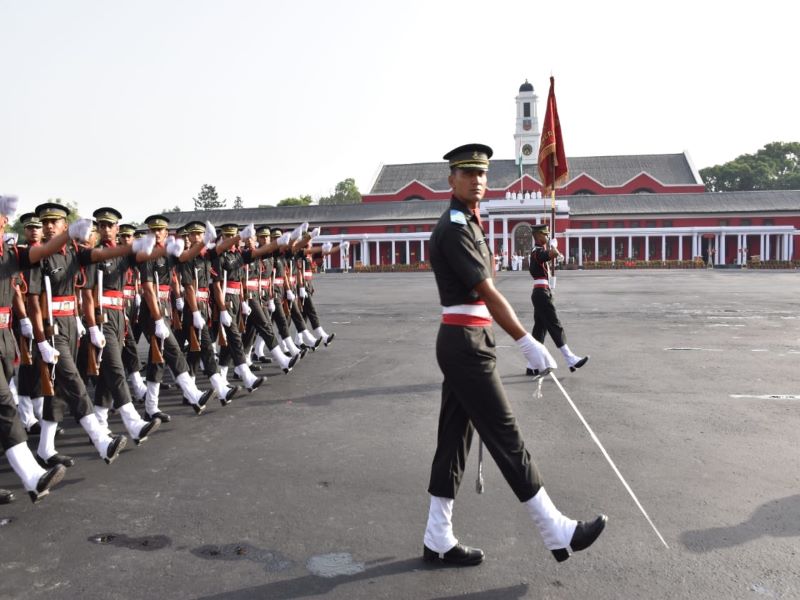 In addition, 89 GCs of eight Allied countries became part of the armies of their respective countries.

The passing out parade (POP) of a total of 377 GCOs was reviewed on Saturday morning by Lieutenant General Amardeep Singh Bhinder, Commanding-in-Chief, South Western Command of the Army, chief guest of the event.

The POP started at 6:40 am. The cadets became joined the Indian Army as they took the last step amid the tunes of 'Saare Jahan Se Achcha' and 'Kadam Kadam Badaye Jaa'.

Tenzin Namge of Bangladesh was adjudged the best foreign cadet.

After clearing the course, a total of 89 GCOs of the armies of eight friendly countries, namely Afghanistan, Bhutan, Kyrgyzstan, Maldives, Nepal, Sri Lanka, Tajikistan and Tanzania became part of the armies of their respective countries.

Of these GCOs, 150 have passed regular courses and 133 have passed technical graduate courses.