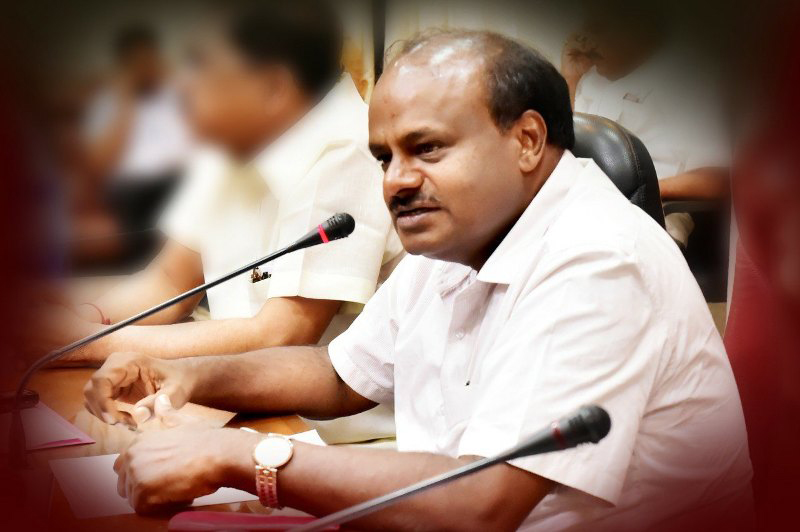 Bengaluru/UNI: JD-S President H D Kumaraswamy on Friday alleged horse-trading in the Rajya Sabha elections from Karnataka claiming that Leader of Opposition Siddaramaiah was pressurising JD-S MLAs to vote for the Congress party.

"Yes, definitely. Siddaramaiah is pressurising JD-S MLAs not to vote for their party but to the grand old party," he told reporters when asked about Siddaramaiah's claims that some JD-S legislators were in touch with him.

"C T Ravi is BJP General Secretary, so how did he enter the Congress office? This shows that C T Ravi went to meet Siddaramaiah for his cooperation in the victory of the BJP candidate," he said.

Kumaraswamy also called Congress the 'B Team' of the BJP and blamed it for the saffron party's rise in the country.

"I had said that Srinivasa Gowda will vote for Congress. S R Srinivas also didn't vote for JD-S. Congress has shown its true face today. The Congress is BJP's B Team. They are the main culprit for the rise of the BJP in the country," he said.

Kumaraswamy exuded confidence that JD-S already has 30-31 votes in the Rajya Sabha elections.

Six candidates are in the fray for four Rajya Sabha seats from Karnataka.

On the eve of the polls, Kumaraswamy had appealed to Congress to give its second preferential votes to JD-S if it really wanted to defeat BJP.