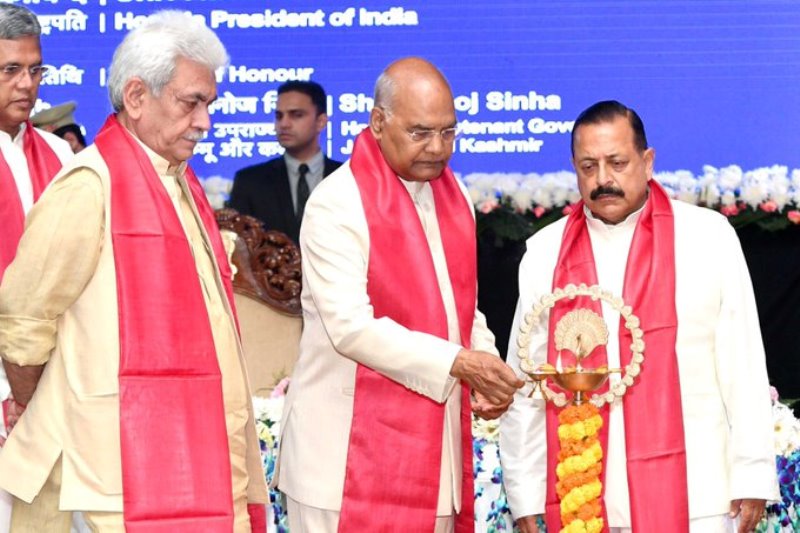 Speaking on the occasion, the President said that education is the greatest enabler.

The future of our country depends on good education of our young population. Institutes like IIM Jammu are nurturing our youth. These talented young people are going to build the India of the future. They are going to make the lives of the people, better, and the country, stronger.

The President said that as we know, the National Education Policy seeks to position India as a ‘Knowledge Hub’ in today’s knowledge economy.

It seeks to make our youth equipped for the world of 21st century while preserving our ancient values which remain relevant even today.

For India to become a global knowledge hub, our institutes of learning have to be globally comparable.

He was happy to note that the number of Indian institutions in the global ranking is gradually increasing.

He said that new institutions like IIM Jammu should quickly adopt global best practices and aspire for higher ranking.

The President said that aided by convergence of technologies and opportunities, many start-ups have become very successful and are being described as the emerging mainstay of the Indian economy. Unicorns, most of which are set up by young people, must be a source of inspiration for all students.

He said that the mindset of being a job-giver and not a job-seeker among the youth of India is one of the key factors in our country having one of the best start-up ecosystems in the world.

He was happy to note that IIM Jammu, in collaboration with DICCI and CII, is going to set up a special diversity cell for helping potential entrepreneurs from scheduled castes and scheduled tribes.

He appreciated everyone concerned with this initiative to promote entrepreneurship and inclusion.

The President advised students to remain quick learners and re-learners throughout their life.

He said that the role of fast paced technological changes is going to be disruptive. The shelf life of technologies is getting shorter.

He advised them to keep an open mind, an open heart and a strong will. He said that a really good entrepreneur, good manager or a good business leader is one who believes in doing well by doing good. Excellence and ethics go together.