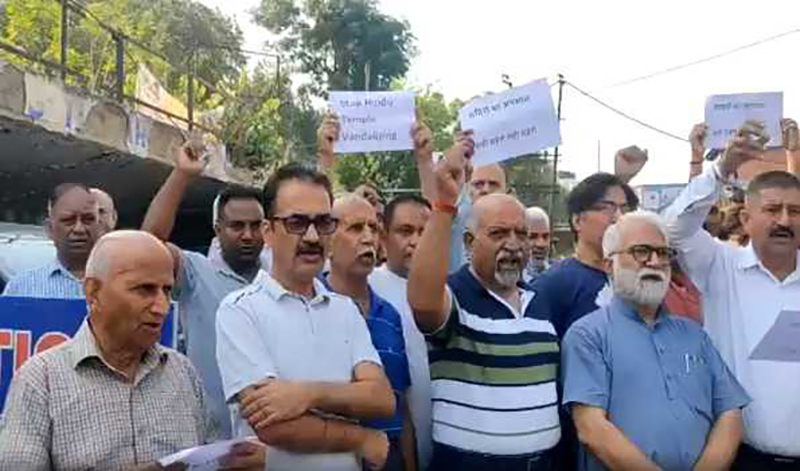 Protest against temple attack in Jammu

Jammu/UNI: Demanding the arrest of the culprits, the Sanatan Dharam Sabha Jammu and Kashmir Monday staged a noisy protest over the alleged attack on the Vasuki Naag Maharaj Temple at Kailash Kund in Bhaderwah in Doda district.

The protesters, drawn from Sanatan Dharam Sabha and Hindu Jagran Manch, demonstrated outside the Press Club of Jammu.

"This is not the first time such attempts have been made to hurt the sentiments of a religion. Previously also attacks on temples were reported from different parts of the region but no action was initiated," said a protester.

"We demand immediate action and arrest of those who are trying to vitiate the peaceful atmosphere," he added.