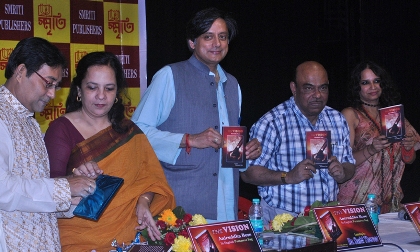 Delhi Police chief BS Bassi earlier said some clarifications would be sought from him.

Earlier on Jan 19, Tharoor was questioned at the Vasant Vihar Police Station.

Shiv Menon, the son of Sunanda Pushkar from her earlier marriage, was questioned by a special team of Delhi police too  in connection with his mother's alleged murder.

The Delhi Police had registered a murder case for Sunanda Pushkar, who was Tharoor’s third wife. Pushkar was found dead in a five-star hotel in Delhi a year ago.