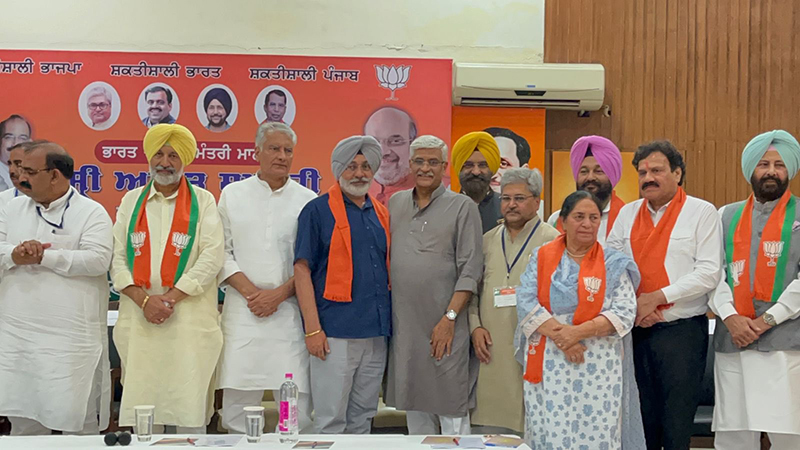 Chandigarh: In a fresh jolt for Congress in Punjab, four of its leaders and former ministers joined the BJP on Saturday while two Akali Dal leaders also took the saffron party's membership.

Verka is a significant gain for the BJP being a prominent Dalit leader from Majha region of Punjab. He is a three-time MLA and was the Minister for Social Justice and Empowerment and Minorities in the previous Congress government.

Sunder Sham Arora, who previously held the assembly constituency of Hoshiarpur, was the Industry and Commerce Minister in the previous Congress government.

Balbir Sidhu is a three-time MLA from Mohali and was the Health Minister in the previous Congress government.

Gurpreet Kangar, who is also a three-time MLA from Rampura Phul, was the Revenue Minister.

All the leaders, who joined the BJP today, had lost the 2022 Punjab assembly elections.