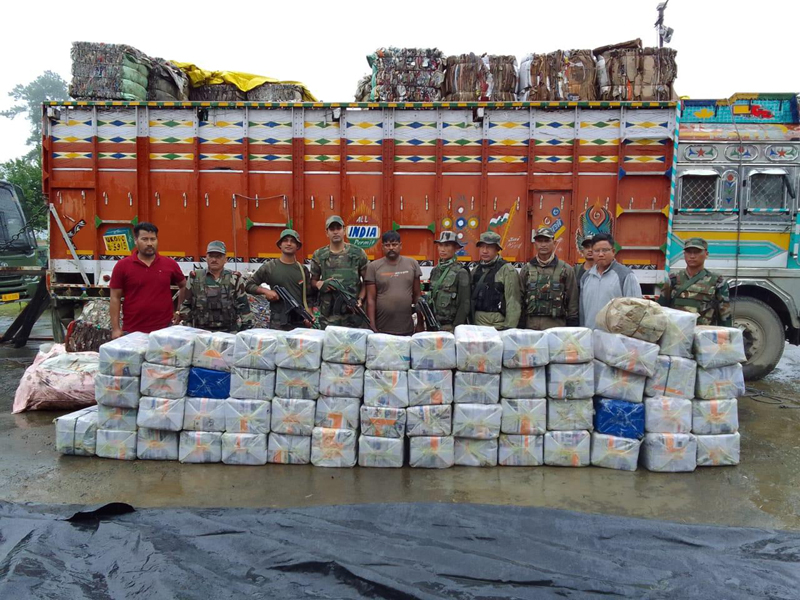 During the checking a Truck number UK 06 CB 5915 was stopped and a driver name Sallaudin Mohammad was found panicking and on checking, the truck was found loaded with illegal Cannabis (Ganja).

The team of NCB, Imphal was informed and with proper liaison and coordination between the Assam Rifles and NCB, it was confirmed that the seized Cannabis (Ganja) were 1160 Kg, which is stated to be of Rs. 1.70 crore.

The recovered items, accused along with Truck have been handed over to NCH Imphal for further investigation and disposal.