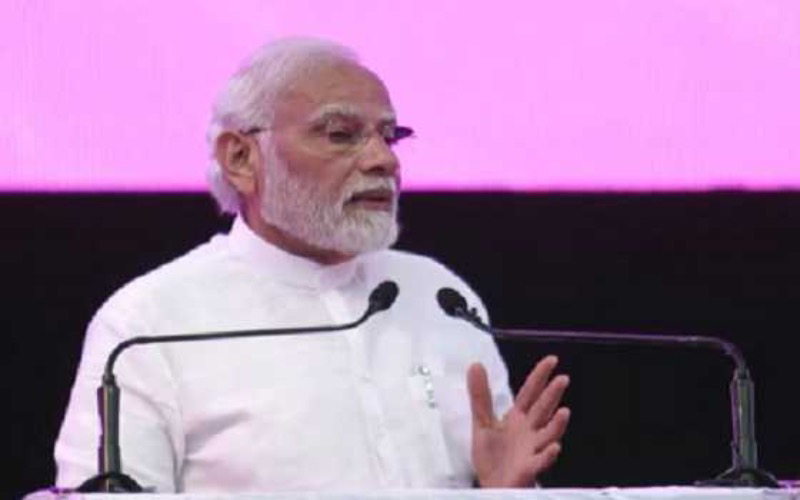 UP to be driving force in India's growth: PM Modi

The Prime Minister was addressing the UP Investors Summit.

"Being an MP from Uttar Pradesh, I welcome the investors," he said.

"The youth of UP have the ability to make the dream of investors come true. I assure you that the hard work of the youth of the state, their understanding and dedication will be fulfilling all your dreams."

The record investment will create thousands of jobs, he added.

The Prime Minister said India was the fastest growing economy among G20 countries.

"Today, India is at the second position in the Global Retail Index, India is the world's third largest energy consumer. Last year, a record FDI of $84 billion came from more than 100 countries of the world.India has set a new record by exporting merchandise of $417 billion or over Rs 30 lakh crore in the last financial year," Modi said.

He said the government had worked to strengthen India as a nation with reforms.

"We have emphasised policy stability, coordination, ease of doing business," he said.

"For faster growth, our double engine government is working on infrastructure, investment and manufacturing. The allocation of an unprecedented capital expenditure of Rs 7.5 lakh crore in this year's budget is a step in this direction," he added

Modi also invited investors to invest in the state in natural farming.

The Prime Minister also mentioned that India's digital revolution was one such example of the speed at which the country has worked in the past few years.

"But today, the number of registered start-ups in the country is also reaching around 70,000. Recently, India has also set a record of 100 unicorns," he further said.

The event was also addressed by business leaders.

Chairman and Founder of Adani Group Gautam Adani said he was investing over Rs 70,000 crore in Uttar Pradesh.

"We anticipate this investment to create over 30,000 jobs. Of this investment, Rs 11,000 crores has already been spent across our transmission, green energy, water, agri-logistics and our data centre business," he said.

He further said his group was setting up South Asia's largest ammunition complex at Kanpur.

The projects whose foundation stones were laid by the Prime Minister encompass diverse sectors like agriculture, IT and electronics, MSME, manufacturing, renewable energy, pharma, tourism, defence and aerospace, handloom and textiles.