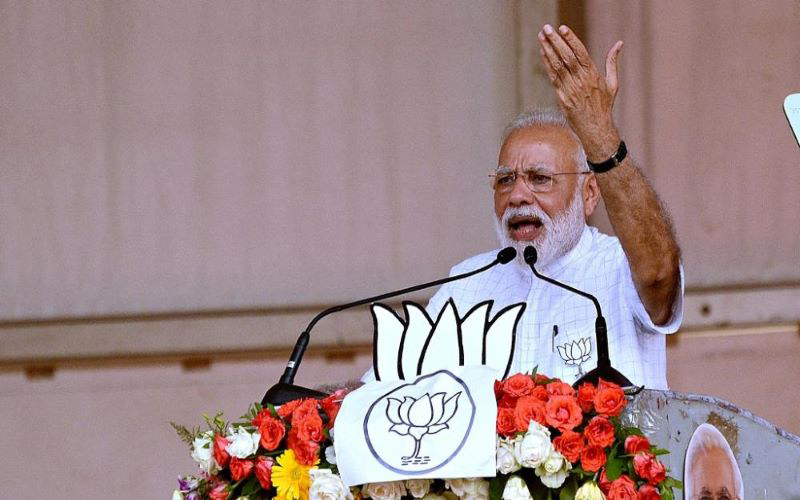 However, in response to the complaint, the CEO has stopped the telecast of virtual interaction of the PM with the beneficiaries as many as 16 social welfare schemes Tuesday in the poll three bound districts where by-election was scheduled on June 23 next.

But the action didn’t satisfy the opposition and allegedly by violating the election code using the power of majority PM showed his disrespect to India’s law.

CPI-M State Secretary Jitendra Choudhury alleged PMO had directed all the District Magistrates & Collectors to make wide publicity of the programme and arrange massive participation of people to hear the Prime Minister through a giant screen in various places of the state.

Accordingly, all arrangements were done and people attended the programme where the PM influenced them to vote for BJP.

Choudhury says, "By organising such a programme Prime Minister attempted to chock the voice of decent against the large scale corruption and failure of the schemes especially in Tripura at the behest of ruling party.

"The BJP leaders are openly demanding money for enlisting the benefits to the eligible people but the PM doesn't have the guts to interact with them."

He alleged the Prime Minister intentionally violated the para 4 of section VII which categorically bars ‘misuse of official mass media for publicity regarding achievements with a view to furthering the prospects of the party in power.

"If the highest dignitary of the country is so adamant to violate minimum norms of democratic practice, then what remains of so-called democracy in the country?” asked Choudhury.

Meanwhile, CEO Gitte Kirankumar Dinkarrao stated PM’s event that was supposed to be telecast in all the district headquarters was canceled in selected places of the state where Model Code of Conduct is in force.