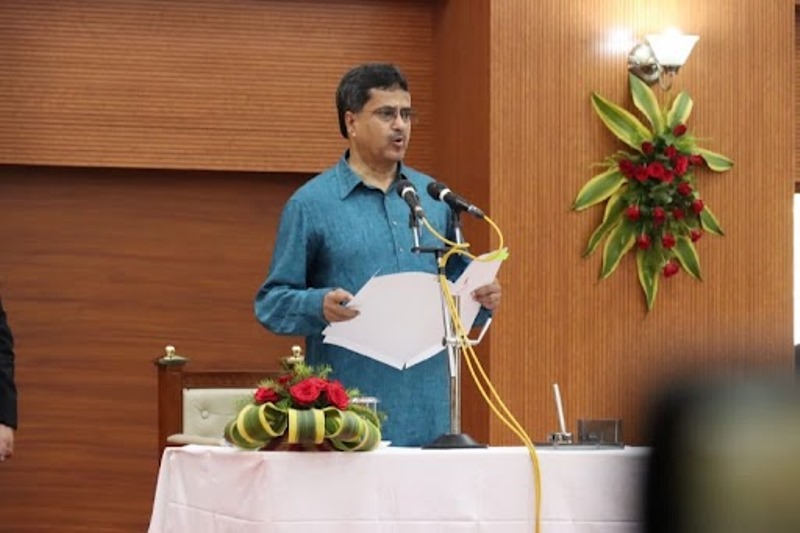 Agartala/UNI: In the midst of controversy over the high security movement of his predecessor, Tripura Chief Minister Dr Manik Saha Monday alerted police not to be hyper-active on so called VIPs' convoys rather to facilitate the daily commuters and ensure their safety.

According to a report, Dr Saha had noticed traffic police stopped the movement of all vehicles on the road when he was travelling back home from BJP headquarters to his house at Banamalipur in the late evening. Same thing he had reportedly noticed during the evening peak

hour on his way to the party office from Secretariat.

At night Dr Saha in a social media post advised the traffic police to be careful about the difficulties of daily commuters and asked them to make sure that movement of VIP convoy does not cause any inconvenience to the general public.

"The state government is generous towards the interest of the public and pedestrians. We have to give importance to the issues of the public movement first. During the movement of the VIP convoy, the traffic police must not cause any inconveniences to the pedestrians and regular commuters," the Chief Minister mentioned in the post.

He has also directed the police chief to take care of the issue and ensure VIP convoy should not affect the commoners.

The police authority must prioritize the safety and security of the general public.

A day after he assumed office, Dr Saha downsized his protocol security and restricted the movement of his convoy maximum with five vehicles, which was in contrast to his predecessor Biplab Kumar Deb.

Even after losing the post of Chief Minister, Biplab Kumar Deb has still been hitting the headlines and is being criticised everywhere for enjoying unauthorised security, occupying the CM’s Bungalow, interfering administrative works through his aides and some of his close officers and allegedly indulging groupism in the party functions.

He has been using CM’s Bungalow for his political activities and in absence of Deb, the Bungalow is being used by some of his associates and the officials of his wife’s NGO.