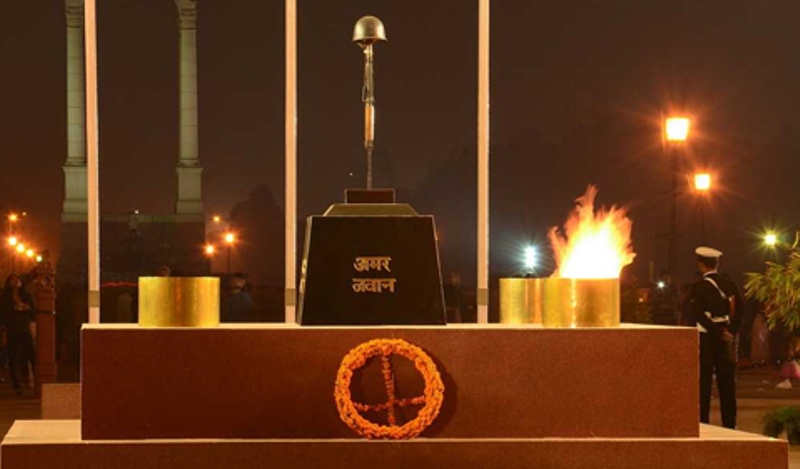 New Delhi: The Indian Armed Forces on Friday in a ceremony shifted the Inverted Rifle and the Helmet from India Gate, which was the symbol of Fallen Soldiers of 1971 War, to Param Yodha Sthal at National War Memorial and installed the same in the midst of Busts of Param Vir Chakra Awardees.

With this ceremony, the integration of the Memorial of Fallen Soldiers of 1971 war with National War Memorial has been completed.

The ceremony was led by Chief of Integrated Defence Staff to the Chairman, Chiefs of Staff Committee (CISC) Air Marshal BR Krishna and attended by Adjutant General equivalents from the three Services, read a government statement.

As part of the ceremony, a final salute was given and CISC offered a wreath at India Gate.

Thereafter the Inverted Rifle and Helmet was removed and carried in a ceremonial vehicle to the Param Yodha Sthal and installed at a newly created monument. CISC accompanied by the AGs equivalents from three Services presented a salute to the new monument.