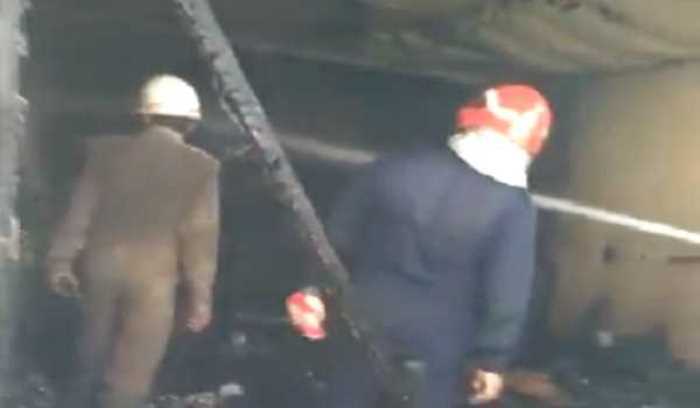 New Delhi/UNI: Two fire incidents were reported at a private Hospital in East Delhi and Safdarjung Hospital in South Delhi on Friday morning.

A fire broke out on the fourth floor of a private Hospital at Priyadarshini Vihar in East Delhi, said Delhi Fire Service.

According to Delhi Fire Service, a call regarding a fire at Priyadarshini Vihar near Laxmi Nagar was received at around 8:10 am.

On this information, four fire tenders were rushed to the spot to douse the blaze.

Now the blaze has been doused and the cooling process is underway.

No casualty has been reported so far, informed DFS.

In the second case, a fire incident was reported in Delhi's Safdarjung Hospital following that fire tenders were rushed to the site. The fire has been brought under control and no casualty has been reported so far, said DFS.

"A fire broke out in Safdarjung Hospital. The fire caught an inverter which has been doused," said Atul Garg, Director, Delhi Fire Service.

Nearly fifteen days ago, a massive fire broke out in a building near Delhi's Mundka Metro Station in which 27 people died and over a dozen injured in the tragic incident.