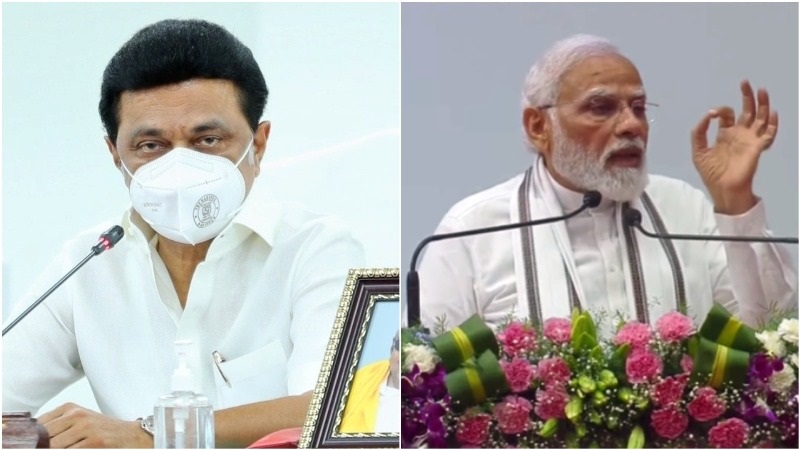 Stalin also called for exempting Tamil Nadu from the national medical entrance test NEET after a bill was passed recently in the state assembly.

The DMK, which came to power in Tamil Nadu last year, has long demanded "official and administrative" language status for Tamil.

The Congress-led UPA had given Tamil the status of the "classical language" when in power.

Addressing the event, PM Modi described the Tamil language to be "eternal".

"Tamil language is eternal and the Tamil culture is global. From Chennai to Canada, From Madurai to Malaysia, From Namakkal to New York, From Salem to South Africa, The occasions of Pongal and Puthandu are marked with great fervour," PM Modi said.

He also informed that recently, at the Cannes Film Festival, son of the great soil of Tamil Nadu and Union Minister Thiru L Murugan walked the Red Carpet in traditional Tamil attire that made the Tamil people all over the world very proud.

Stalin also pitched for the Centre to acknowledge the bill passed by the Tamil Nadu assembly to exempt the state from the National Entrance-cum-Eligibility Test (NEET).

The bill is yet to be forwarded to the Centre by Governor RN Ravi.

Stalin has said that the state does not need him to approve the Bill but to send it for Presidential assent "like a postman".