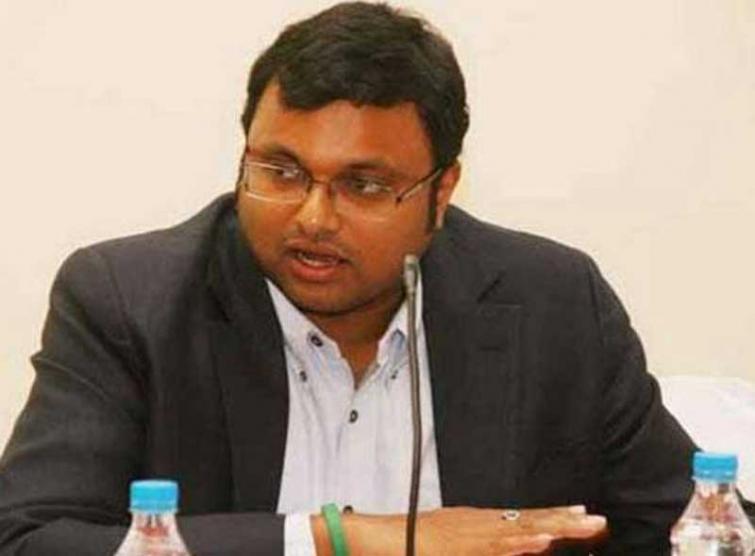 New Delhi/UNI: The questioning of Congress MP Karti P Chidambaram is underway by the Central Bureau of Investigation (CBI) here in connection with a case related to alleged issuance of visas to Chinese nationals, agency sources said on Thursday.

Chidambaram reached the CBI headquarters at around 8 am after he was summoned to appear before it, sources added.

Last week, the premier probe agency had registered a case against five accused including Chidambaram , private companies based at Mumbai, Mansa (Punjab) etc and unknown public servants and others on allegations of bribery of Rs 50 for issuance of visas to Chinese nationals.

It was alleged that Chidambaram favoured Chinese nationals in getting visas by taking money.

The CBI sleuths raided various locations across the country linked to Chidambaram and also at the residence of his father and former Finance Minister P Chidambaram after it registered the case.

The agency had arrested his close aide S Bhaskararaman for his alleged involvement in the case.

Meanwhile, the junior Chidambaram in a tweet said, "Status of the cases foisted on me-- Aircel - Bogus; INX - More Bogus; Visa - Most Bogus".