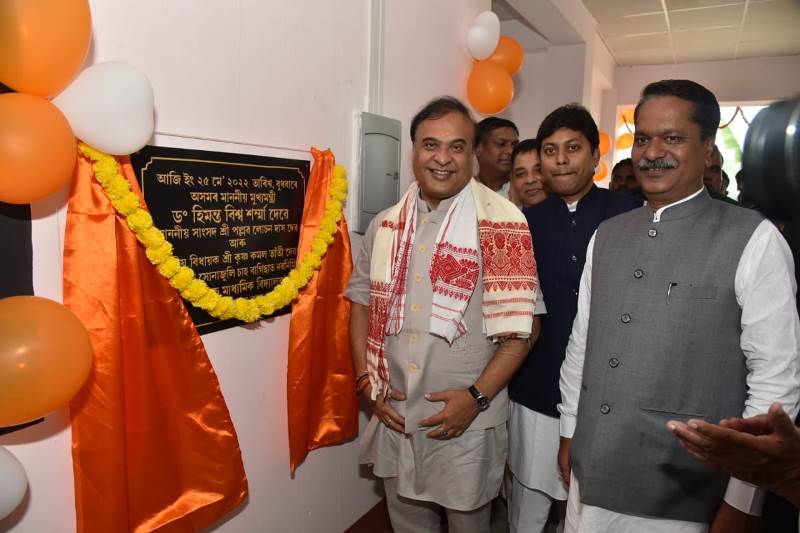 It may be noted that from the day within May 30, the Ministers, MPs and MLAs will inaugurate these schools in their respective jurisdiction.

Speaking on the occasion, Chief Minister Sarma said that to use education as a tool to bring about the overall development of the people belonging to tea garden areas, the state government for the first time set up model high schools in the tea garden areas.

These schools will be able to impart qualitative and value-based education to the students to help them to bring laurels to the state.

Starting as high schools, Adarsha Vidyalayas will offer HS course next year. While 8 teachers have been appointed in each school, around 15,000 students have been enrolled. pic.twitter.com/SYtDVHhCNu

He also informed that in these 96 model schools as many as 14,594 students have enrolled their names.

To impart instructions, eight faculty members in each school have been appointed which has ushered in a ray of hope in the tea garden areas.

Stating that these schools will be named after great personalities belonging to the tea communities who have immense contributions to the socio-economic and academic development of the tea communities, the Chief Minister said that the Model school in Tezpur-Ghogora has been named after Swahid Mangri Orang, Rupajuli Tea Garden Model school as Amiyo Kumar Das model high school, Sonajuli Tea Garden Model High School as Swahid Hemlal Kalandi Model High school.

He also informed that from the coming academic session, all the model high schools will be upgraded to higher secondary schools.

"Moreover, curriculum based on Assamese medium will also be imparted in these schools. This has been done to help the young generation to gain knowledge both in English and Assamese," Sarma said.

From next year, these Adarsha Vidyalayas will impart Mathematics & Science lessons in English, while Social Science & Assamese will be taught in Assamese. This will enable the students to learn in their mother language and also help them explore the world. pic.twitter.com/gEUxN1OMO3

For the management of these schools, Rs. 1 lakh each has been earmarked and Rs. 25 thousand each has already been released and the remaining Rs. 75 thousand will be released very shortly.

The students of these schools will be entitled to free textbooks, free mid-day meals and free uniforms.

Sarma also called upon guardians of the students belonging to tea garden areas to send their wards to schools to ensure their bright future.

He also announced that for setting up Jagannath Sewa Kendra all 800 tea gardens in Assam will be given Rs, 800 crore that is Rs. 1 crore to each tea garden.

In Sonitpur District altogether 55 Model Anganwadi Centres will be set up, 11 in each five Legislative Assembly Constituencies in the district.