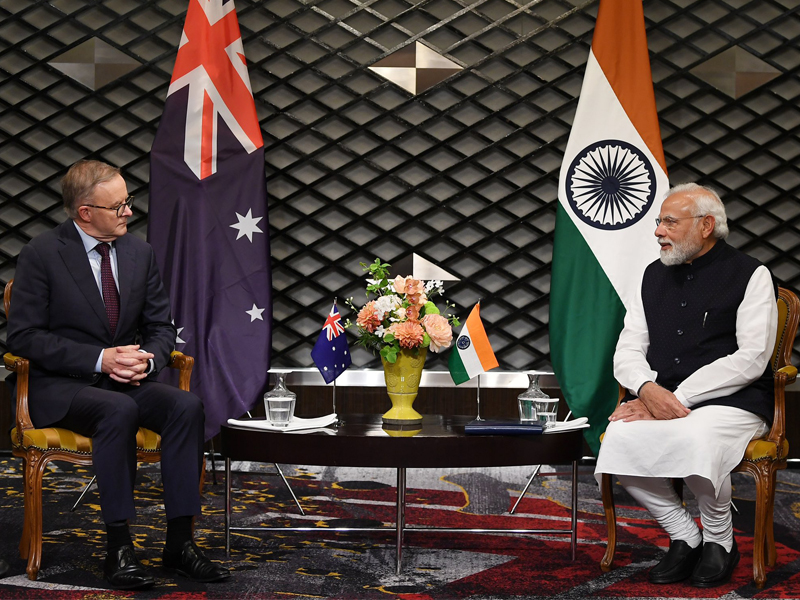 The two leaders held a meeting on Tuesday on the sidelines of the Quad Leaders’ Summit in Tokyo.

"With Prime Minister Modi, we also had very constructive discussions. I have visited India both as a backpacker, but also as a leader of a Parliamentary delegation. I was pleased that Prime Minister Modi invited me to visit India soon as well. We will work on some dates there," the Australian Prime Minister said Wednesday.

He further talked about Prime Minister Narendra Modi' proposal in the field of education.

"We talked about the potential for education exchange, particularly the potential for Australian universities taking advantage of the changed position of India and co-locating in India serving both students locally based in India, who could spend some time in their home country of India studying at Australian-based universities and then, perhaps, complete half of their degree as well in Australia," Albanese said.

He said that the relationship with India is a very important one for Australia.

Modi congratulated his Australian counterpart for his election victory.

The PMO said that both leaders reviewed the multi-faceted cooperation under the Comprehensive Strategic Partnership, including in trade and investment, defence manufacturing, renewable energy including green hydrogen, education, science and technology, agricultural research, sports and people-to-people ties.

Both the Prime Ministers affirmed their desire to continue the positive momentum in the bilateral relationship.