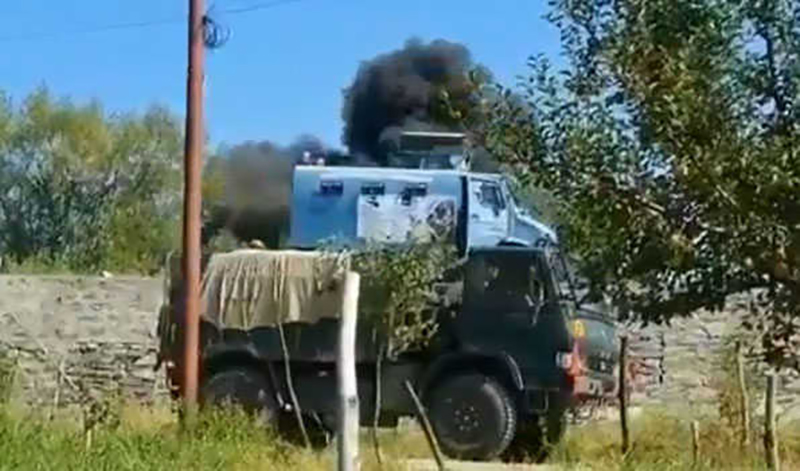 A policeman was also martyred in the encounter.

The encounter broke out at the Najibhat Kreeri area of the district during an anti militancy operation there.

Inspector General of Police, Kashmir Vijay Kumar said it was a chance encounter in which three Pakistani militants were killed.

"Three Pakistani terrorists (were) killed. One JKP personnel also attained martyrdom in this chance encounter," Kumar was quoted in a police tweet.

He said incriminating materials including arms and ammunition was recovered from the encounter site.

The identity and the group affiliation of the slain could not be established immediately.

The encounter took place a day after a policeman was killed and his nine-year-old daughter was wounded in a militant attack in Srinagar.