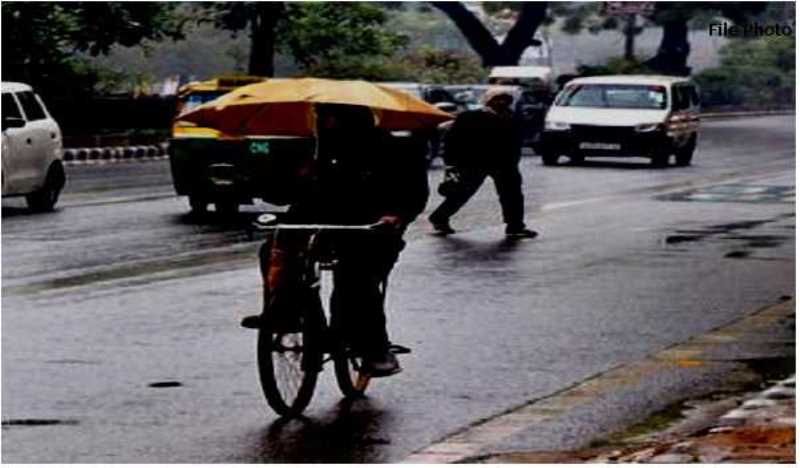 New Delhi/UNI: Rain and thunderstorms Monday morning lashed Delhi and its adjoining areas, leading to the reduction in surface temperature by around 11 degrees Celsius.

According to the India Meteorological Department (IMD), the surface temperature in the national capital fell by 11 degrees, from 29 degree Celsius to 18 degree Celsius on Monday in the period between 5.40 am to 7 am.

"Thundershower with moderate intensity rain and gusty winds with speed of 60 to 90 kilometer per hour would continue to occur over and adjoining areas of entire Delhi and NCR in the next two hours," IMD said.

According to a report, several parts of Delhi and nearby areas witnessed power blackouts due to heavy rain accompanied by strong winds, which also triggered waterlogging and traffic jams in several parts of the city.

IMD predicted hailstorms in isolated places in Himachal Pradesh and Punjab on Monday.

Meanwhile the Minimum temperature in the city on Monday morning (at 5:30am ) was recorded at 23.1 degrees Celsius, three notches below normal.

According to IMD the maximum temperature is likely to hover around 39 degrees Celsius.

On Sunday, the maximum temperature was recorded at 39.3, one notch below normal.